Among his many musings over the last two days, one topic that Federal Reserve Chairman Ben Bernanke discussed was the Volcker Rule. Yes folks, Big Ben broke the news neither the Federal Reserve nor regulators will meet the July deadline to complete unfinished business on the Volcker rule.

Set to take effect on July 21, it is still scheduled to go through while rule making is still a work in progress. A lengthy two-year transition plan has been included with the possibility that Fed may give one-year extensions depending on individual cases.

No surprise, Bernanke said in testimony on Wednesday at the House Financial Services Committee, “I don’t think it will be ready for July. Just a few weeks ago we closed the comment period, we have about 17,000 comments, we have a lot of very difficult issues to go through, so I don’t know the exact date.”

Thanks for the honesty and a delay is understandable. Back in October, regulators issued a 298-page proposal with over 1,300 questions for banks to review for the comment period that ended on Feb. 13.

Bernanke added that in response to the numerous comments and issues to review,  the “most difficult distinction” in the rule is deciphering between proprietary trading and market making, according to Bloomberg. He added, “We will need to develop metrics and other criteria to distinguish those two types of activities.”

The contentious Volcker Rule will ban banks from proprietary trading but it enables them to execute short-term trades for either hedging or market-making. Banks’ private-equity and hedge funds will also now be limited.

This comes in light of the 2010 Dodd-Frank Act, which implemented this ban to become effective on July 21.

Bernanke had been asked by Representative Michael Grimm, New York Republican, if the Fed planned to “re-propose” the Volcker Rule since there's been so many grumblings from the largest banks. They believe the rule could raise risks, increase investor costs and be susceptible to legal challenges.

Bernanke avoided the answer by saying, “We will make sure that firms have an adequate period of time to adjust their systems and comply with the rule.”

Grimm added, “I’m assuming then you are not going to be strictly enforcing, obviously, a rule that is not in place yet?”

To which Bernanke replied, “Obviously.”

So far, this year has been good to oil and gold, and this has helped investors focusing on commodities. The oil rally witnessed last month seems to have made oil... Read More 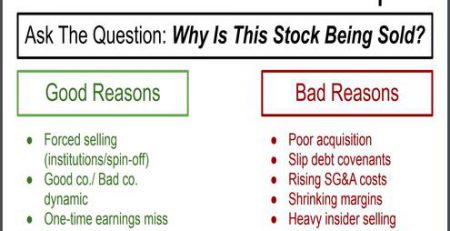 One of the value investors we like to follow closely here at The Acquirer’s Multiple is Francis Chou, founder of Chou Associates Fund. Chou recently released his 2018 semi-annual... Read More