Did you wear sunscreen today? We normally don’t take care of our skin because we don’t mind the sunlight or the mighty sun can do to us as we should.

Solar storms might not affect our skin but they do affect other things around us. What then? Well the storm shakes the planet’s magnetic field, airplanes and power grids can get affected. Airlines and power grid operators might have troubles because of the storm, so they were warned about it.

Flights that have paths near the North Pole (Polar flights) can get even more affected by the storm, because their passengers can get exposed to radiation and communications can be interrupted. Some Airlines like Delta took precautions to use alternate routes.

The solar storm arrived today at approximately at 6a.m. EST, it is the strongest solar storm since December 2006.

A space weather scientist, Joseph Kunches who works at the National Oceanic and Atmospheric Administration’s Space Weather Prediction Center, stated that “We expected the freight train. The freight train has gone by, is still going by, and now we’re watching to see how this all shakes out”, They are not able to predict the orientation of the magnetic field.

The North American Electric Reliability Corporation (NERC) said in a study that a severe solar storm could provoke the loss of reactive power. But later Kimber Mielcarek added that “Currently there has been no impact to the bulk power system from the recent solar flare” and that “The NERC will continue its normal pattern of 24/7 monitoring, especially in regard to the current solar storm.”

A massive solar flare started the storm earlier this week and started to grow as it moved outward from the sun.

This morning Joseph Kunches said that the solar flare had hit the planet and they were monitoring its effects. Then added: “The CME passed the ‘A’ satellite a million miles upstream — the first sentinel up there — at about 3:45 a.m. MST this morning.”

People who live at Northen U.S. might be able to see the display of the Northen Lights.

We will think more about the effects of the sun’s eruption on the earth after this, time to look up the sky.

Difference between Binary Prediction and True Exposure, with Implications for Forecasting Tournaments and Prediction Markets: Taleb

Binary prediction:  There are serious differences between predictions, bets, and exposures that have a yes/no type of payoff, the "binaries", and those that have varying payoffs, which we call... read more

Tony Muhlenkamp hosted a chat with portfolio managers Ron and Jeff Muhlenkamp on February 16, 2017. The topic was based on Ron’s maxim “When you change the rules a... read more 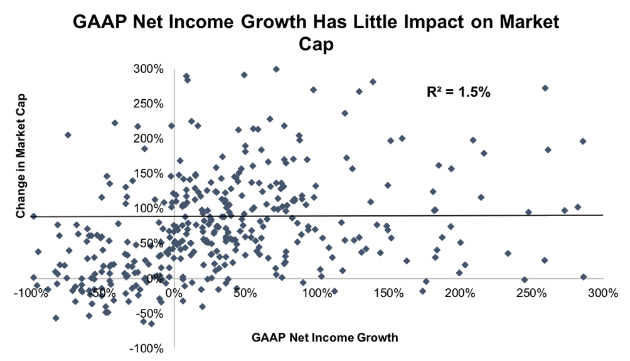 It is natural that people who run service industries tend to think that they provide a unique service, with the enthusiasts amongst the ranks opting for ‘truly unique’, and,... read more

It would seem fair if Twitter Inc (NYSE:TWTR) were to share. The company’s initial public offering was a staggering success, of course. Priced at $26, the stock closed its... read more

State budget tactics are using stealth tactics to push costs into the future, leaving cash strapped millennials to figure out how to pay today's bill tomorrow while society lives beyond... read more

A troubling trend with revenues appears to emerge, but the question is: Will it persist? read more

After a difficult start to the year, Quality Capital Management, the UK-based managed futures hedge fund, is up slightly year to date as central bank intervention in Europe and... read more

What type of businesses does Portfolio Manager and Principal Charlie Dreifus seek for his portfolios, and what metrics does he use to determine whether or not they will provide... read more