There is news daily on Wall Street. Most of the time it is “Dow rose x amount of points”, “Dow fell”, etc. What you may not be used to seeing coming out of Wall Street is a prostitution rink set up solely for the wealthy elites that work on Wall Street.

Anna Gristina was arrested last month with an unnamed Morgan Stanley employee. What was later found out about this unfortunate run-in was Ms. Gristina was apparently a “close friend” with the Morgan Stanley employee who she was trying to secure funding for a new business from. Her new business was a website for people who were looking for “love”. That website was the online extension of her multimillion dollar brothel that she was running for the wealthy bankers of Wall Street.

She got a lot of investment dollars from her clients to make her website possible. However, it is unknown whether or not the Morgan Stanley employee was one of the bankers that gave Ms. Gristina any investment money.

Gristina is an immigrant from Scotland who is currently being held at Rikers Island jail. As of right now, no one else has been placed under arrest in connection to this case but the district attorney’s office and police will further investigate the claims of this brothel. Gristina said in a statement that she knows “high-wealth individuals” who could have “an interest in not allowing this case to go forward” (NY Times).

I do not doubt that this case could very well be dropped for the offending bankers, I mean if they were able to collapse the economy and not go to jail then prostitution should be a piece of cake. That is the joke that I have heard anyways.

This is just more negative press for Wall Street and surely could refuel the Occupy Wall Street crowd to have the offending bankers brought to justice. First off yesterday, the Texas tycoon Allen Stanford was found guilty and convicted on 13 of 14 counts of investment fraud. Stanford swindled investors out of $7 billion, one of the largest in US history. Today, we see that Wall Street is in connection with a prostitution rink. Unfortunately, some wealthy individuals forget about the laws and only think about their wallets and how they can use their wealth. At the end of the day, Wall Street will be Wall Street. 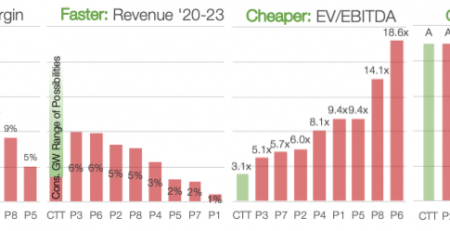 GreenWood Investors commentary for the fourth quarter ended December 31, 2020. Q4 2020 hedge fund letters, conferences and more Dear GreenWood Investor: We continue to be encouraged by the progress we made... Read More