George Canellos, New York regional director of the SEC voiced his opinion against a bill that would make it easier for smaller companies to enter an IPO. Canellos believes that there is an “acute concern about fraud risk”, a valid argument considering the deregulation. We have seen what too much deregulation can do to Wall Street in the past, so is relaxing rules for small companies so that they can file for IPO really a good decision?

Canellos goes on to say that if a company gets disapproved from venture capital or angel investors, it should not be encouraged to file for IPO and potentially lose investors money. Usually if a small company can not find money, there is a reason and retail investors should be protected from that sort of risk. The SEC official says that he believes venture capital is the best way for a micro to very small cap company to get funding.

Congress has passed similar provisions recently such as lowering the requirements for reporting if you are a smaller company that wants to go public or raise capital. This means that businesses will not need to hire an auditor until after first going public. The bill has been approved by both the House of Representatives and Senate but the bill will need to head back to the House of Representatives before it is sent to President Obama, who has supported the bill.

I can understand the government’s train of thought but I just do not see this ending well. As I said earlier, if a company is denied funding it is usually for a reason. Now these companies could potentially be filing for an IPO and place all the risk in retail investors. This is not right and the government should know better than to further put the little investors into harm’s way. I am firmly against this bill for that reason and as the Mr. Canellos said, there is a huge risk of fraud.

The way I see it, this bill will cause issues because there is always someone out there who likes to try to cheat the system, yet we all pay for it in the end. Plus, this is not the way businesses get funding. The point of having a venture capital or at least an angel investor is to get funding, funding that gets your business off the ground and going. Now, you are giving them more options which does not appear to do anyone any favors at the end of the day.

I have commented on the value available at Hecla Mining Company (NYSE:HL) before, previously noting that the company's age and experience will help it ride out the tough times... Read More 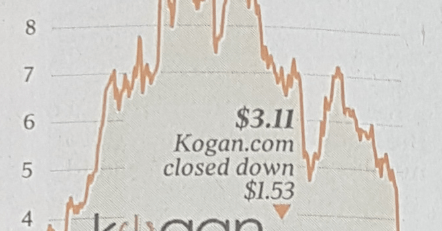 Many email subscribers miss out on a lot because they only are subscribed to value investing news and not business news. In general, business news has to do with... Read More

Within the pages of the June 26, 2015, issue of Grant's, the publication revisited two underachieving stocks that had been picked out previously for their low valuation and attractive... Read More

Behavioral Finance: The Ten Commandments of Investing by Daniel Crosby, Slide Share Behavioral finance has taught us that investor behavior is at least important as the investment vehicle you choose.... Read More