Apple Inc. – Investors Could be in For Unpleasant Earnings Surprise – ValueWalk Premium

Apple Inc. (NASDAQ:AAPL) is all set to report earnings on Tuesday, April 24th and as usual it is much anticipated.  Analysts are bullish on the stock as iPad sales have been expanding around the world at a faster rate than previously expected.  The iPhone is still selling like hot cakes now that the smartphone is offered through Sprint and rivals AT&T and Verizon.

With all these upbeat sales reports and looking towards the future, the shares of Apple Inc. (NASDAQ:AAPL) must be soaring, right?  Wrong.  Market followers are now calling Apple’s recent trading the “worst five-day dollar drop” in the stock’s history.  In the last two weeks, the stock is down almost 10% making investors scratch their heads.

From my research I can determine that investors are a little disappointed with the possibility of iPhone estimates coming in at a lower rate. Tiernan Ray of Barrons notes that Toni Sacconaghi of Bernstein Research believes Apple will be reporting EPS of $10.44 on revenue of $37.6 billion which is higher than the Wall Street estimate of EPS of $9.99 on revenue of $36.69 billion.  However, Sacconaghi is estimating that Apple shipped 30.5 million iPhones during the quarter, down from the average estimate of 31-34 million.  Here is what Sacconaghi had to say about his lower iPhone estimates:

“We first back into the post-launch normalized daily run-rate for iPhone sales in FQ1, assuming that 50% of iPhone buyers from CQ309 bought an iPhone4S last quarter. Next, we assume lower-than-normal seasonality to account for potential pullforward of sales from FQ2 to FQ1 and subsequently adjust for the China launch of the iPhone4S in FQ2 as well as launch at new carriers including China Telecom (where 200K pre-orders were reported)” (Barrons).

However, I urge Apple investors to not worry about how many iPhones Apple shipped out during the quarter because the real upside for the company could be coming later this year.  See, Apple has been hyping up a mystery product since the beginning of this year saying that it will be a game changer.  There has been a ton of speculation as you could imagine.  There have been rumors of Apple expanding its TV business, rumors of new types of Macs and even an iPad Mini.  However, it could be months before the real identity of the product is released.

The bottom line is that investors are getting too caught up in the nitty gritty details when they are forgetting the future.  This new product, if it lives up to the hype that management is giving it, could be a home run for Apple and its shareholders. 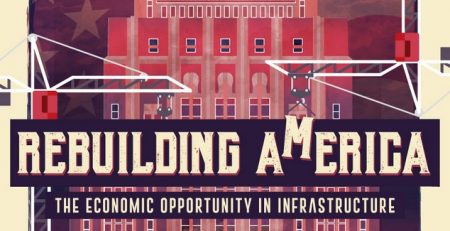 It’s hard for most stakeholders to get excited about replacing an aging bridge. Q4 hedge fund letters, conference, scoops etc Chaotic construction can disrupt the flow of traffic for many years,... read more

In an SEC Form 3 filing last night, Berkshire Hathaway disclosed that it owned 950 million shares of Bank of America as of July 17.  This stake is currently... read more

Goldman Sachs, KPMG Or Google? - Internship Sweetspots With internship season in full swing, many students will be aiming to save as much as possible to fund their degree, while... read more

The Unbearable Over-Determination of Oil by Salient Partners Jett Rink: Everybody thought I had a duster. Y'all thought ol' Spindletop Burke and Burnett was all the oil there was, didn't... read more

According to the popular way of thinking, bubbles are an important cause of economic recessions. The main question posed by experts is how one knows when a bubble is... read more

Tiger cub Argonaut Capital recovered in March with a 1.4 percent return, bringing the Q1 returns to 4.3 percent. Argonaut lagged in February due to a rally in yen... read more