On Monday, Facebook made the surprise announcement that it had acquired Instagram. Many speculated if this was the just beginning of a shopping spree for the social media giant. Facebook CEO Mark Zuckerberg put the rumors to rest by “appropriately” answering on his Facebook page, “We don’t plan on doing many more of these, if any at all.”

Many people have said not so fast and believe there’s more to come. They’re are so certain of it, they’re willing to place a little wager on the next victim.

According to AllFacebook.com, known as the Unofficial Facbook blog, the Ireland-based bookie, Paddy Power is accepting bets for the next company Facebook will acquire. The odds-on favorite as of Wednesday morning was Foursquare.

So why Foursquare? CNET thinks its because the company name begins with an “F’ and well, it would be easier to combine with Facebook.

I think it seems like a natural fit given that it is a location-based social media site and it can be used on mobile devices. It allows people to “check in” at difference venues via a mobile website, texting or an app. The three-year old company has a number of venture capital firms (see Andreessen Horowitz) and angel investors.

For some reason, the company made me think of Instagram.

Evernote is another interesting favorite at No. 2. with 9-2 odds. This also makes sense as the site enables users to “write” things down and “remember everything” whether it’s an idea, image or experience. This would work well with the Facebook model as users could keep Evernote on their Facebook pages–hopefully with some privacy settings.

And once again, it is funded by a some familiar private equity firms (see Sequoia Capital).

Interested in Foursquare? A nice little $5 bet would bring a $20 win if it’s acquired.

But perhaps one of the most interesting companies to make the list with wide odds is YouTube. Um, have bettors forgotten that it is owned by Google? Good luck wrestling that one away from the search engine giant.

Take a look at the current contenders for Facebook to gobble up next.

I was curious to see what else Paddy Power was taking bets on and well, there’s another wager for Facebook.

Want to place some money on Facebook’s next CEO? Here’s a partial list of the current odds.

Paddy Power has quite an array of topics to bet on (Kim Kardashian’s next boyfriend) but here’s one that piqued my interest on this Wednesday afternoon: Who is the next president (winning candidate)? 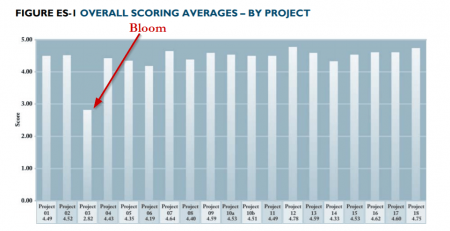 Tom Russo – Is The Internet A Threat To Consumer Brands

The subject of the Musings is the ever-popular subject of Growth versus Value, which is expressed in the modern era by various style indexes. A common way of disaggregating... Read More

Investors Unite held a conference on June 26th in regards to a letter submitted by their chairman (letter can be found here) to FHFA director Mel Watt, who 'is... Read More

The Wall Street Journal is reporting that Yahoo! Inc. (NASDAQ:YHOO) will purchase Tumblr in an all-cash transaction for $1.1 billion. Under the agreement, Tumblr would continue to operate largely independently.... Read More