In a recent analyst report, Goldman Sachs Group, Inc. (NYSE:GS) reiterated a buy rating on JPMorgan Chase & Co. (NYSE:JM), suggesting that the firm is “down but not out.”

Goldman Sachs indicated that they believe that the decision to halt the $15 billion share buy-back plan was a prudent decision, especially in light of the need to continue to build Basel III eligible capital in light of the current questions surrounding its proprietary holdings. The report indicates that J.P. Morgan is expected to have a B3 capital level of 8.5 percent by the end of 2012 and 9.0 percent as 2013 closes out.

J.P. Morgan has reiterated that while losses remain unpredictable in the short term, it expects to unwind most of its proprietary hedges by the end of this year.

Assets held by J.P. Morgan under the Chief Investment Office (CIO) proprietary portfolio continue to pose a concern for the Goldman analyst. Key questions surrounding the issue are whether J.P. Morgan has been able to reduce exposure in the portfolio, potentially by using offsetting index securities. In addition, the analyst is concerned that Value at Risk (VaR) changes due to further identified exposure may again impact the calculation of Risk Weighted Assets (RWA), driving the need for further capital provisions.

On the other side of the argument is the fact that J.P. Morgan’s portfolio is actually one of the lowest yielding in the industry, and carries one of the smallest book relative to excess liquidity ratios (deposits less loans). The holdings at J.P. average a three year duration, with a AA credit rating, certainly not the cause of much concern when viewed from that high level perspective.

That said, until questions are answered about the extent of J.P. Morgan’s losses to date and what their total exposure is in regards to risky European debt securities, there is certainly going to be some discount remaining in the valuation.

The Dao Of Capital: Roundabout Investing

Here is an excerpt from Capital Ideas Online on "roundabout investing" followed by a book review on The Dao of Capital: Austrian Investing in a Distorted World by Mark... read more

As the island of Puerto Rico illustrates, when a regional government and its citizens are not careful, a debt burden can result in significant changes to an area’s economic... read more

Why do these two artistic graphs give professional analysts something to worry about? Because they represent the correlation of initial and continuing claims figures with the employment conditions, and... read more

While stock market exchange trade volume dropped by 7.1 billion shares from a volatile September to a rising market in October, a move that can be anticipated with declining... read more 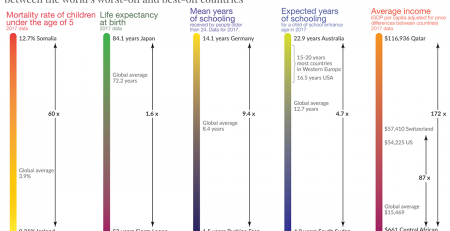