Phil Falcone's attempt to shake up the cellular data market in the United States has all but failed. His company Lightsquared, which has taken a chunk of the value out of Falcone's Harbinger Capital, filed for Chapter 11 bankruptcy protection yesterday in a move many saw coming. The firm failed to get its creditors to agree to a deal that would give the company more time. The wreckage being colossal it seems there's no turning back for the company.

We just obtained Third Point's letter to Yahoo! Inc. (NASDAQ:YHOO) Board of Directors. This letter  just crossed the wire and will be up on the ValueYahoo.com website shortly. The letter attacks the... Read More

Is The U.S. Heading Toward Its Own ‘Lost Decade’?

The U.S. economy is finally rebounding after five difficult years, but the aftermath of qualitative easing, and earnings skewed heavily towards profit over labor, have put the U.S. in... Read More

I think there is a big need for hands-on investing education, especially in the microcap space. Most people are able to grasp the qualitative aspect of investing, but few... Read More

Brian Christian Interview With Michael Covel by Trend Following Radio Brian Christian, co-author of “Algorithms to Live By: The Computer Science of Human Decisions,” is on today’s podcast. The book... Read More

Seth Klarman's Baupost Group has returned 1.39% year to date, according to our sources with direct knowledge of the matter.  The fund had a better return for Q1, before... Read More

It seems all hell is breaking loose as all crowded trades get punished.  Mixed employment, manufacturing and export data from US, Shinzo Abe's unexciting structural reforms and Draghi's cagey... Read More

Renaissance Technologies, the $32 billion algorithmic hedge fund, has applied to patent on a high frequency trading execution methodology, raising a thorny issue. Will a patent on breathing air... Read More 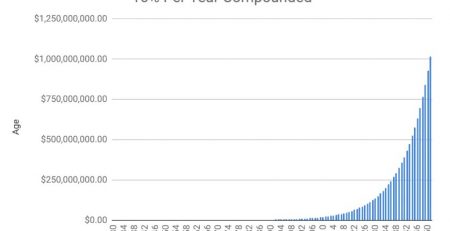 How To Earn $1 Billion Dollars

The father of modern physics, Albert Einstein was unquestionably a brilliant mind. Not only did he change the world with his work in physics, but he was also an... Read More