European Debt Crisis: A Look at the Impact on Africa – ValueWalk Premium

Most of the African nations are former colonies of European countries, and to some extent, there is still trade and political ties. This increases the risk of Europe’s contagion spreading to Africa. Additionally, the European countries are in many cases, the primary consumers of most of the African nations’ commodities. A crisis in Europe will eventually escalate to Africa.

Europe is home to millions of Africans living in the Diaspora, many of whom remits billions of dollars every year to their home country. Furthermore, most African countries do business with many large companies, many of which are European based. Some of these companies include: Total (TOT), Barclays (BCL), and British American Tobacco Company limited (BAT). The content relies on imports for its vehicles. Additionally, money for the majority of Non- governmental organization for development projects come from overseas donors.

According to World Bank and IMF, Africa has one of the best growth prospects over the coming decade. In 2011, developed countries recorded approximately 2% growth rates, while African nations recorded nearly 5.5% on average.

Africa makes up a large chunk the of the world’s raw materials, as well as cheap labor. The continent is experiencing high population growth, along with increasing literacy levels. This is in contrast to the large demographic crisis facing Europe and many Asian countries.

African financial markets have stringent regulatory guidelines, compared to their European counterparts. However, it is unlikely a blow-up of Europe won’t affect the continent.

World News on Impact of European Crisis on Africa’s Economy

Countries that plan to sell large amounts of Eurobonds (foreign bonds denominated in the Euro currency) in the next two years are at a great risk of problems. These countries have too much exposure to the Euro. Three Eastern Africa countries; Rwanda, Tanzania and Uganda, are set to sell a total of $800 million in Eurobonds. Zambia expects to convert some of its proceeds from copper to launch its first global Eurobond this year.

African nations are well aware that the European crisis may soon trickle down to the rest of Europe and worldwide, affecting domestic growth prospects.

Taofik Salako of The Nation notes, “Europe’s debt crisis is undermining economic growth and trade in Africa at a time when governments have less fiscal room to stimulate demand. Nations from South Africa to Rwanda to Nigeria have already cut growth forecasts in the face of a possible recession in Europe, Africa’s largest trading partner.”

Bloomberg Business Week reports “Europe is casting a shadow on Africa’s economic prospects”, The current debt crisis in Europe is affecting demand for African commodities such as oil and copper, hence affecting the exports. Oil declined last week by nearly 8% to close the week at $92.3. There is fear of a further drop, which would have a large impact on many African countries dependent on oil for revenue.

Libya and Egypt, two of the three North African countries that experienced uprisings in 2011, face a challenge toward narrowing their budget deficits. The deficits could even be higher than the levels experienced during the Global financial crisis of 2008/2009.

East African economies are experiencing a high rate of inflation, though it is expected to moderate slightly. In 2011, various currencies in this region plunged. The Kenyan shilling lost approximately 30% against major currencies (Euro, Dollar and pound).

In December 2011, the finance ministers of Nigeria and South Africa publicly criticized Europe for failing to solve the Eurozone crisis, which they felt threatens Africa. The Nigerian finance minister noted that 60% of Nigeria’s imports comes from Europe.

Barclays Plc (NYSE:BCL)’s subsidiary in Kenya has been growing its presence in the country over the past two years. However, it is starting to face competition from a local competitor, Equity Bank Ltd.

General Electric Company (NYSE:GE) has intensified its energy projects in Kenya. GE is collaborating with the government on several development projects in an effort to achieving the country’s goal, dubbed, Vision 2030, of middle economy status.

Investing psychology is even more important when investing in the stock market than financial analysis. Behavioral finance is an excellent way to get to know yourself that can prevent you... Read More

There are symptoms and there is core causation to economic events. There are excuses and their area reasons why financial events unfold the way they do. Societie Generale’s Albert... Read More 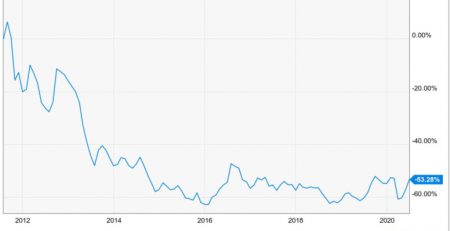 Move over Nasdaq…Bitcoin…please. Boring, 1000’s of years old as a store of value, Silver has been making the rounds this week, shooting up about 15% this week (it’s Wednesday). Q2... Read More