Barclays PLC (NYSE:BCS) announced that one of its chairman, Marcus Aglus, will step down, effective tomorrow.  Additionally, regulators are going to look more deeply at details from reports that described the corporate culture at Barclays to be a lot like a frat house.

This reaction comes after Barclays, along with a few other London-based banks, were found tothe Libor rates.  British and US regulators have fined Barclays a record, 290 million British pounds.

The bad news doesn’t stop there for Barclays.  According to Sky News, the CEO of Barclays, Bob Diamond, is scheduled to appear before Parliament to be questioned about the Libor rate manipulation charges and its corporate culture.  It is unclear as to where or not Diamond’s job is at risk but it is certainly likely that could be asked to step aside after his appearance before Parliament.

The charges against the bank have caused outrage among British government officials and citizens who trusted their banks.  Additionally, London was caught in another unfriendly spotlight back in May with JPMorgan Chase & Co. (NYSE:JPM)’s $2 billion trading loss..

It is quite clear that London is not as “well behaved” as many were made to believe over the years.  Unfortunately, these events have caught the British government off guard and it has put them in an embarrassing spot.  That is why the government may want to make an example out of Barclays because they need to remind these individuals what the consequences are if they decide to conduct illegal acts.

As of right now, this little scheme is confined to London only, no American banks have been linked to the Libor manipulation.  However, the US government was involved with Barclays’ manipulation and if US officials believe that their British counterparts did not thoroughly take care of the situation, we could see some pressure from the US side to act more.

The important factor here is that both the US and UK are starting to have a very low tolerance for funny business done by the banks.  In the US, JPMorgan Chase & Co. (NYSE:JPM)’s now $4-6 billion trade loss has policymakers debating whether or not to increase banking regulations.  Now in the UK, banks have been found manipulating the Libor rates for years.  Meanwhile, the rest of Europe struggles to breathe as the debt crisis rages on.

The bottom line here is that governments are reaching their boiling point with banks and their illegal schemes.  The US had 2008 and Europe is going through it right now, bailouts.  Banks begin to lose money as market conditions change and in some cases the overleveraging leads to bank failures.  This is why we see such harsh reactions from governments.  After being bailed out, it is expected that the risky trading stops and the bank gets back to a smaller, more efficient size that will help it better handle market downturns.   As we saw with JPMorgan Chase & Co. (NYSE:JPM)’s losing trade, this is not the case and banks continue to be in a delicate state. 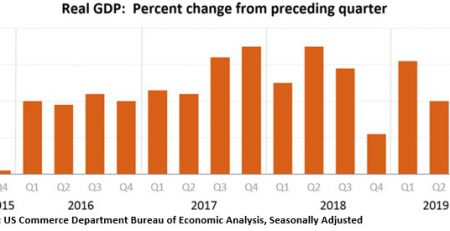 US Expansion To Continue In 2020, No Recession… Unless

Capital Raising In The Age Of The Coronavirus: A Special Flash Survey Report

Introduction Driven by our ongoing commitment to understanding the dynamics of the investment fund marketplace and bringing the latest industry color to our clients and friends, each year Seward &... read more

A recent academic study published in the Social Science Research Network suggests that firms that have CEOs that engage in significant leisure time activities tend to underperform relative to... read more

Grey Owl Capital Management letter to client on oil prices, a broad range of investment outcomes and how stable is the "stable disequilibrium" today? “Never think that lack of variability is... read more

Kicking off the Morningstar Investment Conference in Chicago Wednesday afternoon was a most interesting discussion for stock pickers. Featuring Will Danoff from Fidelity Asset Management, Christopher Davis from Selected Funds... read more