Revenue rose 32% to $1.18 billion, up from the previous year’s $895 million. This exceeded analysts expectations of $0.12 cents per share adjusted earnings.

Advertising revenue was $992 million; this was 84% of total revenue and it increased 28% from the previous year. Payments and other fees revenue in the quarter was $192 million.

On glaring figure from the release included second quarter costs and expenses at $1.93 billion, a 295% increase from the previous year. This has been attributed to a share-based compensation expense, according to the press release. Facebook had noted in its initial public offering prospectus that this expense from its pre-2011 restricted stock units (RSUs) had not been recognized prior to the IPO.

Mark Zuckerberg,  Facebook Inc (NASDAQ:FB) founder and CEO, said in the earnings release via the Wall Street Journal,  “Our goal is to help every person stay connected and every product they use be a great social experience. That’s why we’re so focused on investing in our priorities of mobile, platform and social ads to help people have these experiences with their friends.”

In after-hours trading, Facebook’s shares continued declining and as of this writing had fallen 10.52% to $24.10. According to MarketWatch, Colin Sebastian of Robert W. Baird said with the lack of any forecast in the company’s earnings release, it was probably scaring investors that had already pushed the share price down more than 8% during Thursday’s regular trading session.

Not helping matters were the dismal second quarter earnings results from Zynga (NASDAQ:ZNGA). That stock took a huge beating on Thursday as it fell 37.48% to $3.17.

Sebastian added with regards to Facebook’s numbers. “It was a solid quarter given where expectations were,” and noted, that “not providing guidance may make investors nervous.”

At 5 p.m. ET, the company will hold a conference call with analysts. Stay tuned. This should be interesting.

Shares are plummetting after hours, down over 10%. The stock has reached a new low of $24.12 at the time of this writing. 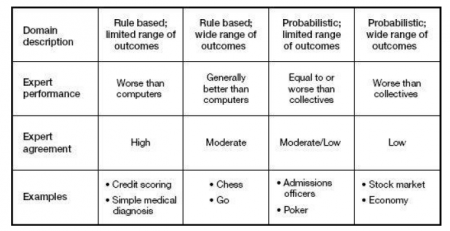 Greenhaven Road Capital letter to investors for the third quarter ended September 30, 2017. Get The Timeless Reading eBook in PDF Get the entire 10-part series on Timeless Reading in PDF.... Read More

Institutional investors strategically communicate their private information to sell side analysts to accelerate the incorporation of their information into prices, that’s according to a new white paper written by... Read More

Chris Leithner Letter No. 200-204: 26 July-26 October 2016; Markets Are Greatly Overvalued: Are You Listening? … But perhaps the greatest casualty of the announcement [earlier in March 2016, when it... Read More

What's A Bond Investor To Do?

What's A Bond Investor To Do? By Pat Reilly, FactSet What a start to 2016! The U.S. equity market is off to the worst start to a year ever. Oil... Read More