At mid-year, German car maker Bayerische Motoren Werke AG (ETR:BMW) (FRA:BMW) has increased its sales by 8 percent. Even though sales plummed a bit in the second quarter, it was still enough for the company to reach a record high and to furher extend its lead against its main competitor Daimler.

In China, BMW’s sales grew by 31 percent, in the U.S. by 10.5 percent. Due to the sovereign debt crisis, some European countries were less willing to buy: In Italy, BMW lost 13 perecent, in Spain 10 percent, and on the domestic German market there was a slight decrease by 0.6 percent. A plus in the United Kingdom, the Benelux, Austria and Switzerland compensated this loss, and in June, European sales even achieved a positive growth overall. BMW announced that it plans to launch new models within the next months, which is expected to give its sales a further impetus in the second half of the year.

Likewise, Volkswagen sprints ahead to leave economic woes behind. In the first two quarters, its sales rose by 8.9 percent. The month of June alone saw a plus of 11 percent. Volkswagen AG (ETR:VOW) (FRA:VOW) (PINK:VLKPY) has seen strong growths in emerging markets like India, China and Latin America. Sales were also strong in North America. Accordingly, the stagnation in European sales was more than offset. Volkswagen is planning to invest 62b euros in research and development and new plants over the next six years, and to hire 50.000 more employees. The success of Volkswagen’s luxury carmaking unit Audi, its most profitable brand at the moment, made up for the two-digit losses of its Spanish subsidiary Seat, which is Volkswagen’s biggest worry at the moment.

In general, surging Chinese demand for top-end SUVs and sporty sedans increases Germany’ dependence on the Chinese market. But its own domestic market has also proved to be an anchor of stability amidst the economic woes of the ongoing debt crisis. Germany’s car industry associations reported a return of household buyers, whilst also noting a dramatic 22 percent decline of general sales in Spain, where unemployment is at a record high.

The birthplace of the modern automobile, Germany currently boasts a total of 600 manufacturers and suppliers of cars and car parts. The automotive industry employs about 715.000 workers and is one of the largest employers in the country. German cars have the best brand recognition in the world.

Is the Bond Market as Disconnected from Reality as the Stock Market?

Everybody is wondering how the stock market can be so high while the U.S. economy is so low. But you don’t hear the same rumbling concerns about the bond... read more

Communication scholars have produced a large body of work on the acquisition of knowledge (see, e.g., Hwang & Jeong, 2009). Far less attention has been directed toward exploring knowledge... read more

I am going to talk about two different ideas. Floats. And Moats. Over the last few months, I have been obsessed by these two ideas. I have spent a lot of... read more 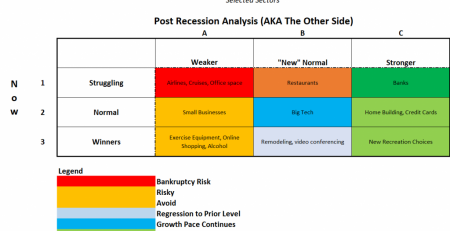 I have separated my long-running Investor section from Weighing the Week Ahead. My hope is to highlight ideas for the long-term investor.  In my last investment post I applied... read more

Some key earnings will be reported on Tuesday. While Google Inc. (NASDAQ:GOOG) will report its earnings after the market's close on Tuesday, Advanced Micro Devices, Inc. (NYSE:AMD), International Business Machines... read more

SEE THE FULL LETTER IN PDF FORMAT BELOW Get The Full Series in PDF Get the entire 10-part series on Charlie Munger in PDF. Save it to your desktop, read it... read more

Hoisington Quarterly Review And Outlook – 3Q15 – What Will The Fed Do Next?

Hoisington Quarterly Review And Outlook - 3Q15  by John Mauldin, Mauldin Economics Lacy Hunt has a way of getting right to the point. Thus, in the opening paragraph of Hoisington... read more

The Asia-Pacific hedge fund industry reached $145bn in assets under management at the end of 2014, up from $112bn as of December 2013. Preqin has analyzed the growth of... read more