Greece’s newly appointed Finance Minister resigned after suffering from an undisclosed illness. The resignation and health issues follow the Prime Minister of Greece, Antonis Samaras’ major eye surgery which follow extreme debt issues that the country has been dealing with for a nerve-wracking amount of time.

A recent report by Societe Generale (EPA:GLE) (PINK:SCGLY) (BIT:GLE) research looks at the Greek economy, and what will happen if the country exits the Euro (AKA Grexit).

Greece, a country of over 11 million people, first signaled trouble before joining the eurozone in 1999. Excessive public spending was rampant after joining the eurozone, while the budget deficit grew larger. When the financial crisis first came to light, Greece was not as prepared as some other larger, more powerful economies to deal with the troubles at hand.

The debt problems became so large that Greece was forced to ask other European Union countries, the European Central bank, and the International Monetary Fund (IMF), nicknamed the troika, for loans. The loans that were given to Greece in two installments, the first loan for 110bn euros was disbursed in May 2010, while the second loan of 130bn euros was provided earlier this year.

As a result of the loans, the EU and the IMF required Greece to implement massive austerity measures to ensure that such massive debt would not be incurred again. Before the loans provided by the troika were distributed, the group negotiated a debt restructuring deal with private sector lenders who purchased $77bn for up to 75% less. It is recorded as the largest default in history.

Below is interesting chart on banks and the PIIGS:

Austerity measures have affected the country in very real ways. In order for loan money to be disbursed, Greece had to agree to pass a budget reduction plan that cut 1.5% of gross domestic product. 3.3bn euros will be cut from the budget ranging from public investment, health spending, pension cuts, and government spending.

Along with the deep government cuts that are being required as a result of troika deal, there are substantial labor reforms that will change the landscape of the country’s working class. Monthly minimum wage will decrease by 22%, down to 750euros per month. For those under the age of 25, the monthly wage will be cut by 32%. As many as 150,000 state workers will receive 60% of their wages, and then be released from their positions after a year, and only one government worker will be rehired per five that retire. The goal is to reduce the number of governmental workers by 150,000 by 2015.

Since the financial crisis began in 2004, the country’s economy has taken a huge hit. According to a report conducted by Societe Generale, if Greece was to leave the eurozone as a result of an anti-austerity government or populous, the country’s GDP would decrease by 20-50% in the first year.

If Greece were to withdraw from the eurozone, there would be catastrophic consequences. No country can be forced to leave the euro, but if Greece were to decide that it was not going to cooperate and follow the austerity measures put forth by the troika, with Germany leading the cheerleading squad, the result may be a sovereign default. With this comes the very real possibility that the banking sector would fall to ruins without the collateral that the European Central Bank provides.

Banks who are unable to produce the funds needed will essentially mean a standstill. Germany, one of the major debt holders, has largely been silent throughout this sequence of events while Angela Merkel decides how to proceed.

Societe Generale (EPA:GLE) (PINK:SCGLY) (BIT:GLE) thinks that the market has largely priced a Grexit already. As long as the exit is not disorderly, stocks should not drop by more than 10%. The company recommends several European banking stocks, noting,  “A Greek euro exit without contagion effects would be manageable for the vast majority of European banks, with the exception of the Greek banks themselves.” Societe Generale (EPA:GLE) (PINK:SCGLY) (BIT:GLE) recommends common equity (although mentions that preferred shares are safer) in some of the companies below due to their safety and the low valuation:

Greece can only be sure of one thing: doing nothing will almost certainly cause a collapse heard around the world. The pro-austerity government recently elected shows a willingness from the population to rebuild a crumbling economy.

Warren Buffett's stake in refiner Phillips 66 may not really say anything about how investors should play the energy market, said Ram Partners general partner, author of Warren Buffett's... read more

The Behavior of Individual Investors

The Behavior of Individual Investors We cover five broad topics: the performance of individual investors, the disposition effect, buying behavior, reinforcement learning, and diversification. As is the case with any... read more 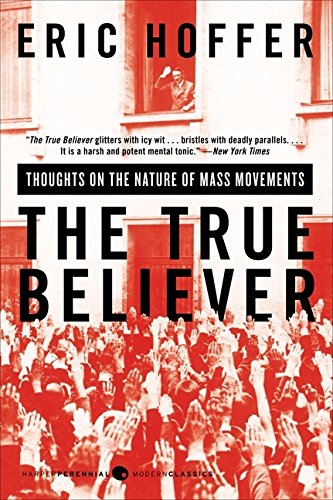 Even though Three Bridges long / short portfolio is heavily long, its correlation to stocks is unusually low read more