The federal judge supervising the liquidation of Lehman Brothers Holdings Inc’s. (PINK:LEHMQ) brokerage unit has favored the trustees’ side citing that the ‘soft dollar’ arrangements did not warrant the prioritization of payments to money managers and hedge funds.

James Peck, the federal judge, insists that the creditors were supposed to come first before the money managers and the hedge funds. Peck also remarked that this particular case introduced unprecedented dynamics mentioning that it was the first of its kind. This is the not surprising since Lehman was the largest bankruptcy in US history. The bankruptcy is not over close to four years after the firm filled chapter 11.

Judge Peck’s main point of argument was  the fact that federal law does not give money managers’ ‘customer’ status. As such, it would be out of order to give them top priority with regards to repayments.

To understand, it would be in order to recall what soft dollars are minus the difficult financial jargon.

Soft dollars are simply credits offered to clients by brokerage units and are primarily used in research and acquiring of other brokering services. They are pretty much like a special form of currency. Nonetheless, they cannot be used to conduct conventional transactions like buying bonds and stocks.

The court document describes the claims as follows:

Peck’s decision to favor the trustees was welcome news to James Gidden. It comes as a victory to the trustee who is currently overseeing the liquidation of the Lehman brokering unit. In addition to Lehman, Gidden is also extending his supervision to the liquidation of MF Global Holdings Ltd (PINK:MFGLQ). Brokerage unit.

Interestingly, Gidden is not the only one getting ‘employment’ from the fall of an industry big wig. The managers and hedge funds are also in the ‘payroll’ and this perhaps merits their aggression in the soft dollar scandal.

Among other money managers and hedge funds around, four hedge funds have been previously noted for their expected bulging profit projections in light of the Lehman collapse. These hedge funds namely –King Street, CarVal, Baupost Group and Elliot Associates- have snaffled big chunks of Lehman’s debt at bargain prices. John Paulson bought a large amount of Lehman debt, but in some (finally) good news for the firm, Paulson sold much of it in 2011.

Every coin has two sides, goes the age-old adage. This byword has come to see the light of day. While Wall Street was rambling about the fall of Lehman brothers and the subsequent financial crisis back in 2008, some clever hedge funds had spotted an opportunity to make a fortune.

Unfortunately, James Peck’s decision seems to have changed the tide. Nonetheless, there is a high chance of further legal battles as both trustees and money managers seek to look for loopholes in the law that could work in their best interests.

Co-CIO Francis Gannon explains that, while small-caps as a whole seem to be growing more risky, opportunities still exist for risk-conscious active managers. Get The Timeless Reading eBook in PDF Get... Read More

In this session, Aswath Damodaran completed the discussion of loose ends (debt and employee options). We then looked at linking stories to numbers and closed off with our first... Read More 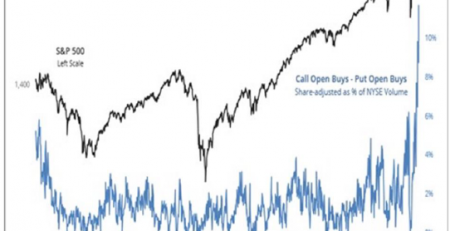 WFH Is A WKF

Dear fellow investors, We came up with a theory many years ago to address how important psychology is to owning common stocks. We found that the risks go up in... Read More

When the stock price of Avon jumped 20 percent on May 14, those inside the financial services industry were abuzz, particularly once it was discovered the EDGAR database might... Read More