On Tuesday, a challenged Research in Motion Limited (TSE:RIM) (NASDAQ:RIMM) faced angry shareholders at its annual meeting as it voted to keep its current slate of directors.

While Research in Motion Limited shareholders approved 10 board members for re-election, they did “withhold” more than 20 percent of the votes on five of the 10 directors, reported CNET. Expressing frustration, one investor, Vic Alboin, CEO of Jaguar Financial asked if RIM had tapped a search firm to help find “more-qualified board members;” RIM Chairwoman Barbara Stymiest answered affirmatively.

Maybe it wasn’t the answer Alboin was looking for as he later commented about the 20 percent of vote withholding, “Clearly, this is not an overwhelming approval for each of the directors.”

There was additional investor discontent during the question and answer session as one gentleman said he “extremely irritated” with the board’s long-term shareholders that enabled  the company to find itself in its current troubled situation.

Good point and Sytmiest again attempted to assure the disgruntled group, according to CNET, by saying, “We understand the gaps that the board has.”

For numerous quarters, RIM has lagged behind its competitors Apple Inc. (NASDAQ:AAPL) and Google Inc (NASDAQ:GOOG), especially in North American and Europen markets. Its numbers have tanked as the company reported in June that in the quarter it lost $518 million and sales dove 33 percent to $2.8 million from the previous year.

Its flagship product, the BlackBerry smartphones, has seen shipments fall 41 percent compared to the previous year.

The company plans to lay off 5,000 workers and if that wasn’t bad enough news, the company said in its recent earnings call that its BlackBerry 10 software would see a delay until 2013’s first quarter.

You can imagine the negative energy at Tuesday’s meeting and RIM CEO Thorsten Heins attempted to assure shareholders that the new software is its “No. 1 priority.” He added that said RIM is “working around the clock” to make sure the software is o.k.

In addition, Heins did not give details about future devices but said the company’s efforts are going towards a high-end, full-touch-screen device for BlackBerry 10, reported CNET. This device with its QWERTY keypad will be launched near the time of the touch screen device’s launch.

The company will continue cutting costs and “streamline” its production for efficiency. It is currently cutting its device offerings and manufacturing plants that produce the BlackBerry products. RIM is also trying to license some technology to different companies.

While it sounds like the company is trying to make changes, Heins admitted there’s a lot of work to be done.

He said, “I can assure you that I am not satisfied with the performance of the company over the last year. And since I took over the role as CEO, I’ve been working intently to understand the challenges that must be overcome and set a path for the future.”

Time will tell whether RIM can oversome some of its problems. Rumors had been swirling that it could be sold but this issue was not discussed at the meeting, reported CNET.

Want more RIM stories from ValueWalk? Check these out. 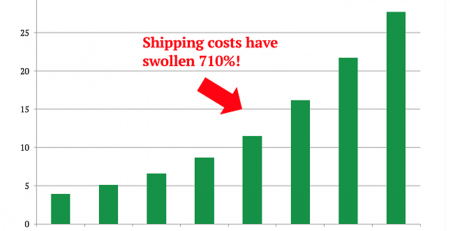 Société Générale publishes a monthly update on the performance of several value-oriented fundamental trading strategies across both developed and emerging markets. Along with the monthly value screens, Société Générale's analysts... Read More

Crispin Odey's Odey Asset Management commentary for January 2015. Editor's note - we have covered some of Crispin's earlier letters - ie Crispin Odey “There Is Really No Place To Hide” and Crispin... Read More

Citron Research On Organovo: Who is Buying this S%!& ?

Citron Research has a new sell recommendation on Organovo Holdings Inc (NYSE: ONVO), which can be viewed below. At the present moment, Organovo (NYSEMKT:ONVO) is a money-losing highly speculative biotech company which has... Read More