After the State of New York announced its probe against Standard Chartered PLC (LON:STAN) (LON:STAC) on Monday, the bank may be a takeover target, according to analysts.

The New York State Department of Financial Service has accused the U.K. bank of making $250 billion of transactions in U.S. dollars for its Iranian clients. The market reacted negatively as the bank’s shares plunged 16 percent to GBP 12.28 on Tuesday. This represented the greatest one-day fall for the company.

Shares have since rallied 10 percent and on Tuesday, John Mann, the U.K. politician and Labour MP John Mann said via MaketWatch,  “I think it’s a concerted effort that’s been organized at the top of the U.S. government.”

Analysts Give Their Two Cents

Analysts still think there’s more to be done for Standard Chartered PLC (LON:STAN) (LON:STAC) and they gave their two cents on Wednesday, some citing a possible interest by JPMorgan Chase & Co. (NYSE:JPM).

Amit Goel, a Credit Suisse analyst, wrote in a research note that “the financial impact [is] impossible to quantify at this stage.”

James Chappell, a Berenberg banks analyst, said, “If Standard Chartered PLC (LON:STAN) (LON:STAC) were to lose its New York banking license and be stopped from acting as a U.S. dollar clearing bank, we believe there would be further share price declines. However, considering Standard Chartered’s franchise and that JP Morgan has shown interest in expanding its Asian franchise, we believe it provides a potential floor to the share price.”

He added to Financial News, “JPMorgan Chase & Co. (NYSE:JPM) has acknowledged that they would like to expand their Asian franchise. The time frame is quite long term, but Standard Chartered immediately gives any large-scale bank a very attractive franchise across the region.”

Another scenario by an unnamed analyst, suggested that should Standard Chartered lose its New York license, corporates would leave and create a liquidity problem–a possible situation that would interest JP Morgan.

“JP Morgan might find that difficult to deal with, but Standard Chartered is a very clean business, and a very attractive business.”

But one analyst had a different view of a possible Standard Chartered-JPMorgan venture thanks to its sub-custodian relationship. He sees potential trouble ahead.

Standard Chartered is a sub-custodian in 10 countries for JP Morgan and State Street. Bernstein Research analyst Brad Hintz wrote on Tuesday, “If a sub-custodian were to be found guilty of an internal conspiracy to hide prohibited transactions from U.S. regulators, U.S. global custodial banks exposed to that sub-custodian may fall under increased scrutiny from their fiduciary clients.”

Neither JP Morgan nor Standard Chartered has commented.

The Quality Dimension of Value Investing by Robert Novy-Marx   Robert Novy-Marx is assistant professor of finance at the Simon Graduate School of Business at the University of Rochester, New York, and... read more

Sverre Rørvik Nilsen, a financial consultant in Oslo notes that Norwegian Warren Short Term Trading (WST) is one of the best performing hedge funds in the world. With restrictive regulatory... read more 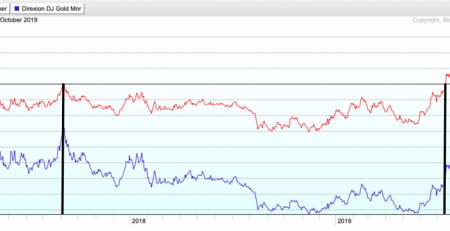 Risk On! Rise In EM Allocation, Retreat From European Equities

The European equities fund flow report from Lipper analyzes the holdings of third party funds of funds in Europe to see which are the most popular funds and fund... read more