JetBlue Airways Corporation (NASDAQ:JBLU), has revealed that it plans to launch its first ever WiFi enabled airplane in 2013, thereby allowing its onboard members to enjoy the services free of charge. The Long Island City, NY-based airline, with global flights, is expected to influence largely, Internet addicts, who can barely keep off the net, whether in the office, at home, or travelling.

According to CBS News, JetBlue announced on Monday that it would launch the WiFi enabled plane during the first quarter of 2013. The company expressed through an email send to CBS News that it would be offering free basic WiFi Services, until the project is launched in 30 planes.

The airline industry has been facing a tough challenge of the rising cost of oil in the past, and recent slowdowns in the industry are nothing but a cancellation of the initially applied premiums on jet fuel. In addition, the current decline in prices is not likely to last long, as oil companies have been experiencing high oil drilling costs. The only way airlines can improve their revenues is relying on the increased number of customers.

Indeed, JetBlue is not the only airline that will be offering basic WiFi services, in fact, it is only following in the footsteps of others that had their airplanes outfitted with WiFi. For instance, Virgin America has all its airplanes equipped with WiFi, while Delta Air Lines, Inc. (NYSE:DAL) has more than 225 of its airplanes ready to use with WiFi.

American Airlines has more than 100 planes equipped with WiFi, while Alaska Airlines that is most noted for its test on charging the service at $1 resulted in massive declines in sign-ons, as noted in a report on Wall Street Journal. According to a statement, a consultant specializing in in-flight passenger technologies, Michael Planey, “there’s a very substantial decline in passenger usage the minute you start charging for the service, ” noted WSJ.

Therefore, this means that the new in-flight WiFi technology, can only be used as an incentive service to customers, and JetBlue Airways Corporation (NASDAQ:JBLU) will be looking to add this to its in-flight meals. One of the major predicaments to this service is lack of power outlets, as often the gadgets do run out of power during web surfing activities.

Nonetheless, JetBlue Airways Corporation (NASDAQ:JBLU) still does stand a chance of attracting more customers, as some of the airlines offer their WiFi services at a cost. A good example is Air Tran, which charges just under $10.

Further information indicates that JetBlue will be using ViaSat, as the carrier for what it’s calling the first in-flight broadband service. It is noted that ViaSat staff tested the speed of the Internet, loading 10 pages in 1 minute and 18 seconds. Also, JetBlue did not reveal any additional information in regards of how long it would roll out the service.

Warren Buffett 1965 Letter which was first posted by Stephen Foley of the Financial Times, can be found below. read more

Is a major shift in US regulatory deterrence and punishment for financial crime underway behind the scenes? SEC sets its sights on individuals With little fanfare, a new Securities and Exchange... read more 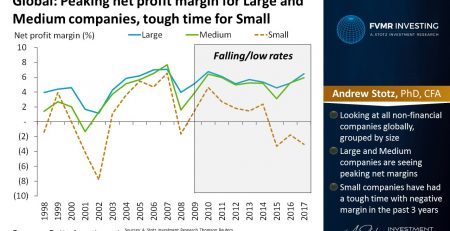 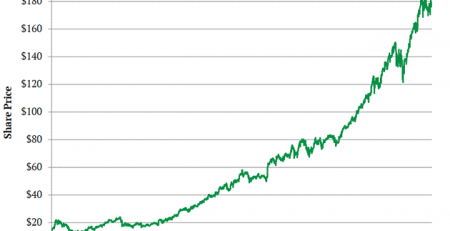 Remember all the anxiety, nervousness, and terror in 2008? The stock market was crashing, but that was the least of many folks’ worries. Many Americans lost their houses, their... read more

Dave Butler will personally respond to comments on any of these three articles in APViewpoint. We encourage our readers to join the conversation. Q3 2019 hedge fund letters, conferences and... read more

Clearbridge Value Trust commentary for the fourth quarter ended December 31, 2015. H/T Dataroma "You can never do merely one thing." - Garrett Hardin Few of mankind’s inventions are as interconnected as... read more

Tax plan There has been a significant amount of news coverage on US House Tax Reform Blueprint over the last several weeks. Both the new presidential administration and the Republican-controlled... read more

How Much Will Negative Rates Cost Europe's Banks? How much will the ECB’s new negative interest rate policy cost the euro area banks? That’s the question Bank of America... read more