As Wall Street looks to the four-year anniversary of the Lehman Brothers collapse, it also has another one to acknowledge: Occupy Wall Street’s first anniversary.

Given the nature of the polarizing organization, it shouldn’t come as a surprise that on Monday, dozens of Occupy Wall Street activists had been arrested by New York City police. Holding signs that included “END the FED” and “We Are Students, Not Customers,” they were in the financial district and according to Reuters, trying to disturb traffic and gather around the New York Stock Exchange in efforts to commemorate the anniversary.

Access had been blocked to the exchange other than for employees, and by the middle of the morning, police had made “multiple arrests.” This had been estimated at 90 protesters, including the retired Episcopal Bishop George Packard, who had been previously arrested last year.

Preparing for additional unrest, police were also camped out at major banks, government buildings and at the Street’s landmark sculpture, the Charging Bull.

This wasn’t a bad idea, as protesters didn’t stick solely in front of the NYSE, according to the New York Times. One heated incident took place, as several hundred protesters marched on Broadway. When a portion of the group went by Wall Street, officers divided the marchers into two.

After a few minutes, officers went up to a man who had been loudly opposing a metal barricade that blocked off Wall Street. The policemen grabbed the man, who responded “I did nothing wrong” and subsequently removed him. As he was being led away, the officers pushed away a crowd–some including news photographers–away from the arrest.

Protesters also went to Zuccotti Park on Monday, also known as the scene of last year’s two-month occupation by the group.

While it was a busy morning for New York City police, Occupy Wall Street actually staged some events over the last weekend. It was a smaller gathering of crowds, estimated in the hundreds. Around three dozen protesters had been arrested by the New York police at the events.

Most of them came for disorderly conduct charges, but there was also ones for assault and resisting arrest.

One year later and the protesters numbered around one thousand–a much smaller group than a year ago, exemplifying the challenges faced by the group to keep the movement going.

Some believe it didn’t continue from its failure to embrace either a political platform, or show support for a candidate in this year’s election.

Robert Nicholson, a Wall Street worker said of Monday’s protesters, “I think they’re idiots. They have no agenda. They have yet to come out with a policy statement, and now, who are they disrupting? People who are working, people who are trying to pay a mortgage or put their kids through school.”

One supporter of the movement, Mikell Kober, who joined the protesters at the Bank of America Corp (NYSE:BAC) said policy statements weren’t part of the group’s agenda. She said, “In my mind, it didn’t set out to accomplish x, y, and z. [Instead] it was about creating a public space where people could gather and have a conversation about the things that need to change.”

But the bigger question may be, does it have enough momentum to celebrate a second anniversary?

Below is the Part-1 of Questions and Answers session that was held today in Berkshire Hathaway Inc. (NYSE:BRK.A) (NYSE:BRK.B) Annual Shareholders meeting. Questions include: Next CEO of the company,... read more

In 50 years from now, economists may refer the first half of the 21st century simply as - The Debt Era. Anyone who has watched the financial world over the... read more 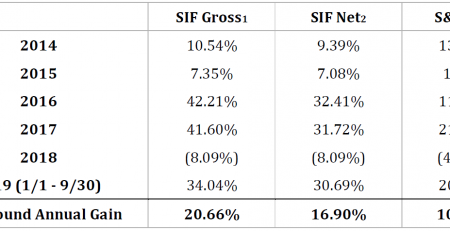 Saber Investment Fund commentary for the third quarter ended September 30, 2019. Get The Full Ray Dalio Series in PDF Get the entire 10-part series on Ray Dalio in PDF. Save... read more

Billionaire Carl Icahn comments on why he sold more than half of his stake in Netflix. He speaks with Trish Regan on Bloomberg Television's "Street Smart." (Source: Bloomberg) read more 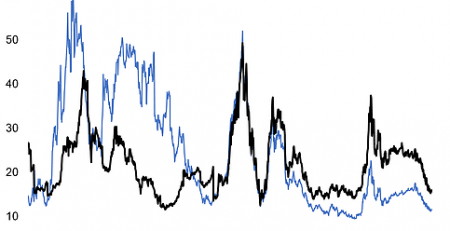 Discussion | Berkshire Beyond Buffett: The Enduring Value of Values Get The Full Warren Buffett Series in PDF Get the entire 10-part series on Warren Buffett in PDF. Save it to... read more 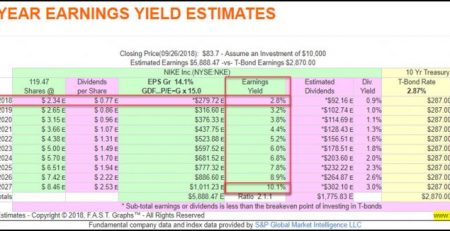