UK’s Vodafone Group PLC (LSX:VOD) (NASDAQ:VOD) has agreed on a deal with the Kuwaiti based Zain, which will allow Vodafone’s travelling customers to use the platform while in Bahrain, Saudi Arabia, Jordan, Kuwait, and Iran.

This addition takes Vodafone’s partner markets to more than 50 across the globe; the partnership will allow the company cut on infrastructure costs required to set up its own facility, and hence, improve on profitability.

The new deal will also allow customers visiting the region to spend less on roaming services; whereas, Zain will use Vodafone’s brand and services in its home markets. Additionally, both partners are expected to extend and improve their international presence by widening their joint multinational customers coverage.

Zain’s deputy chief executive, Hisham Akbar, is quoted in a statement by the Financial Times saying,  “Vodafone’s commercial insights and technical expertise will translate into significant operational efficiencies for Zain over the long term, as we transition our networks to next-generation networks and beyond”.

On the other hand, Vodafone said that the deal will bolster its “ability to meet growing demand among multinational businesses for voice and data communications services, and would complement its regional operations in Egypt and Qatar,” the report notes.

Additionally, Vodafone Partner Markets Chief Executive, Ravinder Takkar, said that combining the Geographical reach of the two companies networks will strengthen and deepen the benefit of the customers operating in large dynamic markets.

The two companies have been on the front foot in trying to minimize expansion costs through local partnerships, and this topic has elicited some criticisms in the recent past.

A good example is Vodafone’s Group PLC (LSX:VOD) (NASDAQ:VOD) partnership with Telefonica S.A (NYSE:TEF) (MCE:TEF) earlier last month, which was a subject of scrutiny by the regulators. Indeed, telecommunications companies have been accused of forming these kinds of partnerships, which eliminate service differentiation, a key factor to quality services. Additionally, the partnerships are scrutinized to make sure that they don’t essentially represent a merger.

Vodafone Group PLC (LSX:VOD) (NASDAQ:VOD) which realized a slowdown in revenues, due to declined revenues in Southern Europe and the U.K, after recording improved sales in India and Turkey could be seeking more revenue streams from the Middle East, albeit at minimal costs.

In July, Vodafone also acquired  U.K’s Telecom group Cable & Wireless World Wide for £1 billion, further adding to its global muscle in telecommunications industry. Vodafone would be running C &WW independently as a separate partner, until it completes its integration of C&WW network and technology assets into Vodafone network.

Additionally, the company has also diversified its business, by partnering with IBM in a deal that will see the telecoms company use cloud computing and mobile devices in providing Mobile Smart Home appliances services. 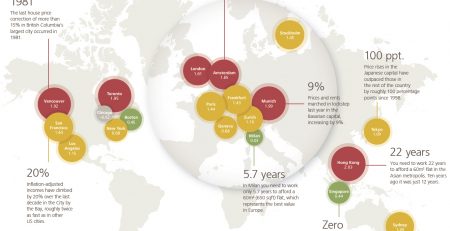 With the current stock market bull run reaching nearly 10 years in length, it’s understandable that many investors are nervous about the end of the party coming sooner than... Read More

It seems that the world of superstar investment managers has suddenly woken up. After it emerged last week the George Soros has returned to the markets at Soros Fund Management,... Read More

Technological prowess is becoming a powerful point of differentiation for participants in the US government bond markets. As the costs to drive a successful trading business in the niche... Read More