On Friday, Avon Products, Inc. (NYSE:AVP) announced that former Chief Executive Officer Andrea Jung has stepped down as executive chairman, effective at the end of the year. She will become a senior adviser to the company beginning Jan. 1, 2013.

Fred Hassan has been named as Jung’s successor, and will become a non-executive chairman. He has been an Avon Products, Inc. (NYSE:AVP) board member since 1999, and from 2009, he has been the lead independent director. He is a managing partner at the private equity firm Warburg Pincus, and previously, he was the chairman and CEO of Schering-Plough Corp.

With Jung’s departure, it represents the end of an interesting era for the company.

The executive joined the company in 1994, and was named as its inaugural female leader in 1999. Bringing a marketing background with her, she was the face of the brand, and oversaw a large female sales force. The company had been referred to as “the company for women.”

The pearl-wearing, designer clothes clad executive also gave back, helping to raise over $800 million for Avon’s charitable programs; they emphasize breast cancer research and the fight against violence toward women.

But over time, Jung’s lack of operational experience was a concern for the company, as well as the 2008 bribery probe.

Her exit has been a work in progress. In December, Avon said Jung would give up her chief executive officer role. This change came as the company had undergone three consecutive years of falling profits.

Jung was replaced by Johnson & Johnson (NYSE:JNJ) executive Sherilyn S. McCoy in April, but she kept her chairman title.

Earlier in the year, Avon shot down a takeover offer from the private company, Coty Inc. In May, Coty withdrew its $24.75 per share Avon bid, noting delays by the company and a lack of negotiating.

With McCoy at the helm, she said in August that the company was trying to slash costs, review its markets, and try to increase incentives for its top sales representatives, reported Bloomberg.

Regarding Jung’s exit, analysts see it as a good thing for the company’s shares.

Rommel Dionisio, a Wedbush Securities analyst, said to Bloomberg, “Given the sour taste that the last several quarters of her tenure left in some people’s mouths, I’d view this as a positive for the stock overall.”

He also recommends holding the stock.

In today's "This Matters Now," Mario Gabelli, founder & CEO at Gamco Investors, talks with Tom Keene about his three top company picks and his confidence in the current... read more

In this memo Howard Marks builds on the content of the 2014 memo, “Risk Revisited,” which itself followed on from “Risk,” published in January 2006.  This new memo has... read more

Hedge funds’ performance or lack of it has been a hot topic this year. Despite their high fees and reputation for attracting only the brightest talent around, market volatility... read more 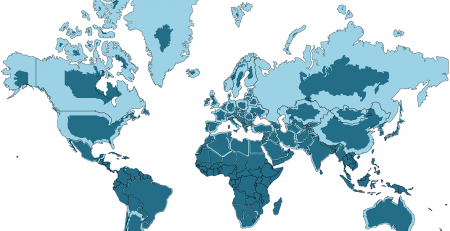 Kyle Bass gave a presentation at the CFA SOCIETY DALLAS-FORT WORTH ANNUAL FORECAST DINNER on February 14th. A copy of the presentation has been obtained by ValueWalk. Below readers can... read more