Valero Energy Corporation (NYSE:VLO) reported a 44 percent dip in third quarter earnings. It posted a net income of $674 million, or $1.21 per share. This signaled a notable dip from $1.2 billion, or $2.11 per share, year over year. The San Antonio based company booked sizeable charges in the conversion of an oil refinery into a fuel storage facility. The conversion of the shattered oil refinery, based in the Caribbean island of Aruba, attracted an impairment charge of $341 million, or 62 cents per share. The September decision to convert the oil refinery into a storage facility came shortly after the company froze refining operations at the site in March.

Because a fuel storage facility demands a smaller work force as opposed to an oil refinery, Valero’s Energy Corporation (NYSE:VLO) conversion booked severance expenses totaling to $41 million after taxes. Baring out the one-time expenses, the refiner and station owner posted adjusted earnings of $1.1 billion. In addition to that, the company’s top line increased to $34.73 billion from $33.71 billion a year earlier, representing a 3 percent rise. The increase in revenue beat analysts’ estimates of $33.5 billion. Aggregate costs and expenses swelled 5 percent, to $33.42 billion from $31.73 billion a year earlier.

Valero Energy Corporation (NYSE:VLO)’s notable dip in earnings was also coupled by slackening profit margins at most of its refining operations. The company noted that the weak margins were predominantly noted in its U.S. Gulf Coast operations, the West Coast operations and also the Mid-Continent operations. Among other reasons for the weak margins, higher margins in the North Atlantic were pin pointed as primary contributory factors.

Similarly, margins also declined in the company’s retail and ethanol operations. Valero’s retail front posted an unimpressive operating income in the latest quarter. The company’s operating income in the retail segment came in at $41 million, representing a tremendous plunge from last year’s $97 million. Valero Energy Corporation (NYSE:VLO) however noted that lower fuel margins and reduced volumes in Canada and the U.S. were to blame. The ethanol segment in particular marked one of the biggest losses for the company, reporting an operating loss of $73 million. This was a huge dip, as the segment had reported an operating income of $107 million last year.

Investors have been unable to witness the effect of this news on Valero’s Energy Corporation (NYSE:VLO) share price. This follows the ill-fated Storm Sandy, which compelled NYSE and NASDAQ to halt operations. Markets are, however,  expected to reopen on Wednesday.

Jeffrey Gundlach And Jim Ross's comments from the State Street Global Advisors discussion on the investment implications of the Fed's rate decision, "The Road Ahead, What's Next For Fixed... Read More 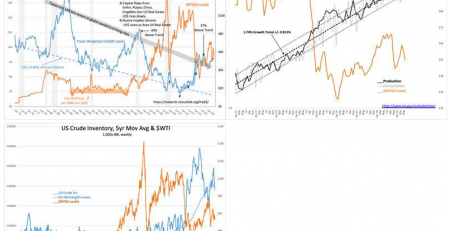 The Ten Commandments For Wall Street Interns H/T Daniel Huang, The Wall Street Journal Summer is here and a new wave of interns on Wall Street are polishing their outfits and... Read More

With US durable goods orders up 4.8% in October, nearly tripling the expected 1.5% rise, talk of inflation on the horizon begins to become more relevant. Add to this... Read More