Bill Ackman’s portfolio is composed of nine stocks, which are diversified across six sectors. The services sector accounts for the largest percentage with 30.93 percent. Consumer staples accounts for 22.94 percent while the financials wrap up the top three with 20.23 percent. Other sectors include consumer goods representing 14.18 percent, consumer discretionary at 11.23 percent and finally, the industrials at 0.49 percent.

Pershing Square Capital Management bought a big stake in Burger King Worldwide Inc (NYSE:BKW) after acquiring 38,361,360 shares of restaurants and services company based in Miami Florida. The shares were acquired at an average price of $13.94 per share resulting in approximately $548.7 million worth of investment. Burger King Worldwide Inc (NYSE:BKW) closed at $15.31 on Wednesday, up nearly 10% from Ackman’s purchase price. Berger King now represents 6.33 percent of the portfolio.

Matson Inc. was the only other new buy. Ackman acquired 3,644,870 shares of Honolulu-based ocean transportation and logistics company at an average price of 20.91 per share. The company’s shares are up 2.77 percent, as of Wednesday, and now represents 0.90% of the overall portfolio.

Bill Ackman Offloaded Citigroup Inc. (NYSE:C) to trigger 0.43 percentage change in portfolio. Ackman explained his rationale for selling Citigroup Inc. (NYSE:C) in his second quarter letter, which was obtained by ValueWalk. He also reduced his stake in Alexander & Baldwin Inc (NYSE:ALEX) by 61.40 percent, after selling 2,238,034 shares to represent 0.78 percent change in the portfolio.

GDP warrants were impacted when the government of Argentina released surprising economic numbers on Wednesday. But what might really be surprising is how the new administration of President Mauricio... read more

Sears Hometown and Outlet Stores (NASDAQ:SHOS) is on the market for a new CEO. The company announced Monday that W. Bruce Johnson, its Chief Executive Officer and President, will... read more 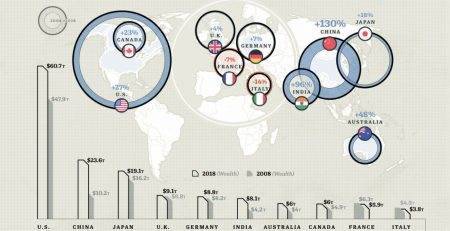 Ranked: The Richest Countries In The World

North Korea nuclear crisis? China making aggressive threats in the South China Sea and the economy slowing down? No worries, say investors, who have been pouring money into emerging... read more

FRMO Corp. 2014 third quarter conference call was just posted on the company website. Comments from Murray Stahl, Chairman and Chief Executive Officer of FRMO Corp I can talk about some... read more

Activist investors are getting larger and are likely to become a growing threat to previously difficult to influence US mega-corporations, the next stage in activist hedge fund investing, say hedge... read more

Societe Generale has raised China stocks to overweight, from underweight, and maintained similar ratings on Indian and Indonesian equities, saying all countries will benefit from the higher growth outlook... read more