Alibaba Group Holding Limited announced today that its founder, Jack Ma, will step down as chief executive on May 10, hinting speculations that the company is preparing for an initial public offering.

Jack Ma, one of China’s best known corporate leaders, will continue to act as the executive chairman in China’s largest e-commerce company.

This move hinted a possibility that the e-commerce company will finalize its initial public offering with a management restructuring announced earlier this month.

“A series of changes at Alibaba Group may suggest that an IPO is imminent,” said Wendy Huang, a CIMB Securities Ltd. analyst in Hong Kong. According to Wendy, Ma is already focusses on a long term strategy, which will not bring too many changes in his new role in the company.

“As a founder CEO, stepping down … is a difficult decision. It’s not because I wanted to take things easy (though the job of Alibaba CEO is no easy task), it’s because I see that Alibaba’s young people have better, more brilliant, dreams than mine, and they are more capable of building a future that belongs to them,” Ma wrote in an e-mail to employees obtained by Reuters.

Ma and 17 others were the founding members of the China’s e-commerce company, which has now expanded its workforce to more than 24,000 employees, while the company added services including cloud computing, online payment and consumer auctions.

This move was announced earlier this week when the company decided to divide the group into more than two dozen smaller divisions in order to give more flexibility to the managers.

These management changes comes after a massive deal signed by Alibaba to buy back half the stake in itself  previously held by Yahoo Inc.

“When I was 35, I was so energetic and fresh-thinking. I had nothing to worry about,” adding that he would focus on his new role of broad strategic issues, corporate development and social responsibility” Ma said in an interview with The New York Times

According to Yahoo! Inc. (NASDAQ:YHOO)’s financial report for the quarter, the company made a profit of  $781.7 million in nine months which ended on June 30.

Government officials have slammed the door on a Bitcoin ponzi scheme that promised investors a return of 7 percent per week, but it is unclear if the guilty party... read more

Grey Owl's letter to clients on the increasing prevalence of indexing. “Two roads diverged in a wood, and I— I took the one less traveled by, And that has made... read more

On Monday, Exxon Mobil Corporation (NYSE:XOM)  and Rosneft Oil Co (PINK:RNFTF) agreed to a partnership that will allow Exxon to tap Russian reserves in the Arctic while Rosneft will be able to gain... read more 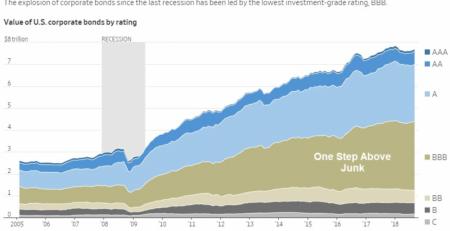 The Commodity Futures Trading Commission (CFTC) Commitment of Traders reports show that the Eurodollar net short are the highest since 2006, according to the January 27 USD Rates Strategy... read more