Sirius XM Radio Inc (NASDAQ:SIRI) is closing on a 5-year high of $3.89 per share, following its new 58-month high of $3.08 per share as at 2:44 pm on Thursday. The company surged 4.5 percent yesterday to close the day at $3.02 per share and opened today at $3.04. Sirius XM, which is now under new leadership, following the departure of Karmazin, seems to have hit the right gear and it remains to be seen whether its stock can go on to beat its current 5 year high.

John Malone’s Liberty Media Corp (Capital) (NASDAQ:LMCA) upped its stake in the Satellite Radio Services provider towards the end of last year to 49.8 percent, which was followed by impressive Q3 results. The company also provided an attractive guidance going into the fourth quarter and FY2013. Sirius XM also noted an increase in the number of subscribers to its services as well as prospective high levels of growth in its Auto radio business.

An increase in Auto sales would have a positive impact on the satellite radio company. The company broadcasts approximately 135 channels, including music, sports, entertainment, comedy, talk, news, traffic, and weather channels on subscription fee basis through two satellite radio systems.

However, despite the company’s obvious potential, Sirius XM Radio Inc (NASDAQ:SIRI) will have to beat the mean analyst target of $3.22 before it could go on to eclipse its 5-Year milestone. Nonetheless, the company can draw some positives from results reported in the Auto industry. For instance, General Motors Company (NYSE:GM) recorded its best December sales in five years, so did Chrysler and Ford Motor Company (NYSE:F).

Shares of Sirius XM represented the most active counter at NASDAQ stock exchange, moving 35.87 million by 1:00 pm on Thursday. The company’s fundamentals are equally impressive, as EPS is expected to rise by 28 percent over the next five years. Its forward price to earnings ratio stands at 29 times, while quarter-over-quarter sales are up 14 percent. The trailing 12-month return on equity stands at a massive 87 percent, while the profit margin is pegged at 103 percent.

The company’s board has also approved $2 billion in common stock repurchase purchase program, which according to reports, is welcome news to the investment fraternity. However, Sirius XM’s rally will not be a walk in the park as rivalry builds up. Pandora Media Inc (NYSE:P), which is up, 5.06 percent now (2:44 p.m) is expected to pose a challenge in the car business, while Apple Inc. (NASDAQ:AAPL) is also rumoured to be plotting its own kind of media streaming service.

Additionally, Sirius XM’s customer base is hugely located in the North America region, which means the global market remains unexploited. Nonetheless, the slowdown in Europe and retarding growth rate in the BRIC countries raises  fears of  escalating to U.S, hence impacting negatively on Sirius XM’s bread basket. Diversifying its client base globally could help minimize this risk. 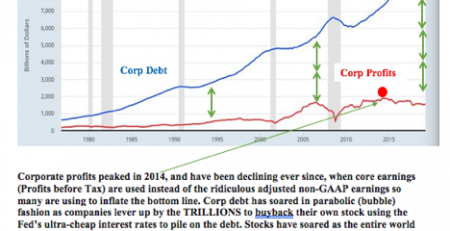 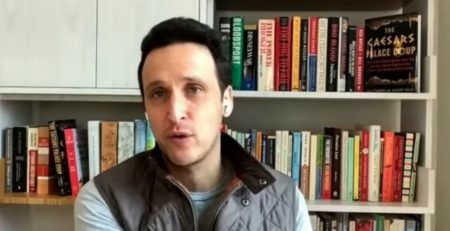 In their recent episode of The Acquirers Podcast with Tobias, Max Frumes and Sujeet Indap, co-authors of The Caesars Palace Coup discussed High-Profile Chapter 11s. Here’s an excerpt from... Read More

Pzena Investment Management commentary for the fourth quarter ended December 31, 2015. Get The Full Warren Buffett Series in PDF Get the entire 10-part series on Warren Buffett in PDF. Save... Read More

Research Affiliates - (Webinar Replay) How Can "Smart Beta" Go Horribly Wrong? Get The Timeless Reading eBook in PDF Get the entire 10-part series on Timeless Reading in PDF. Save it... Read More 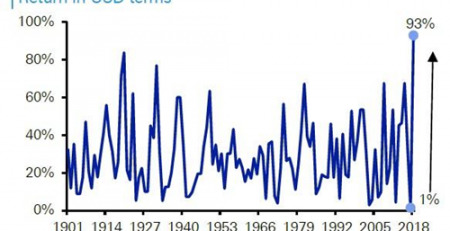