Forget about tea or coffee to start your day, PepsiCo, Inc. (NYSE:PEP) is introducing a new breakfast drink to give you a jolt.

Consumers will get the same Mountain Dew flavor, but this new drink is made with 5 percent juice. Packed in a 16-ounce can, it also includes Vitamins B and C as well as an extra dose of caffeine. PepsiCo has said it’s not an energy drink since it contains less caffeine than the popular Monster and Red Bull as well as the company’s own energy drink, Amp. This drink comes with 142 milligrams of caffeine.

For Mountain Dew fans of its regular can containing 72 milligrams of caffeine, Kickstart has 92 caffeine milligrams in a serving.

Last summer, energy drink makers came under scrutiny by the New York attorney general. The office launched an investigation into the drink’s marketing prices and Monster and PepsiCo, Inc. (NYSE:PEP) were part of the review.

But Kickstart will be marketed as a breakfast drink and does not contain the “mysterious ingredients” that have caused concerns by lawmakers and consumer advocates.

According to PepsiCo’s Simon Lowden, the chief marketing officer for the company’s Americas beverages, the idea for the new drink  started when company discovered through consumer research that its Mountain Dew fans wanted an alternative to the usual suspects for morning drinks including coffee, tea and juice.

He explained the new drink had been developed from a Taco Bell breakfast drink introduced in 2012 that combined Mountain Dew and orange juice. PepsiCo has said that the carbonated Kickstart is not considered a soda since it does have 5 percent juice. Under Food and Drug Administration guidelines, it qualifies as a “juice drink.”

In a statement by PepsiCo, Inc. (NYSE:PEP), the company believes Kickstart represents the best of all worlds from its great taste, portion of fruit juice and a jump start for your day.

Beverage companies trying to tap into the breakfast market is nothing new. Jeff Klineman, editor of the BevNet online and print trade publications said there’s been history of sodas and other drinks trying to surpass coffee, tea and straight fruit juice for the breakfast drink of choice, but there hasn’t been a lot of success.

Klineman said via The Los Angeles Times, “There was Gatorade A.M. for a while and I can remember the campaign for Coke in the morning. The point is that beverage companies are always targeting morning-use occasions.”

For now Kickstart hopes to become a morning success story. The drink will come in Fruit Punch and Orange Citrus flavors and will be available in stores on Feb 25.

Buy Treasuries For Short Term Bounce Since Donald Trump was elected as president of the United States at the beginning of this month, global economic and political uncertainty has only... Read More 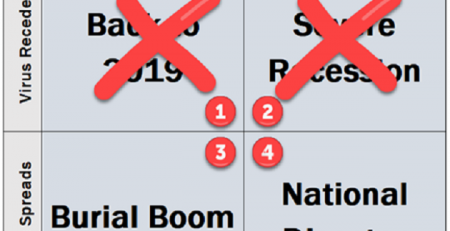 Will America Accept the Worst?

You all love Michael Burry so here is some old posts from here which have been 'uncovered' Reading Michael Burry I finally got around to reading a good chunk of the Michael... Read More

At Crescat, we have had significant success identifying and capitalizing on major macro themes over the years. The result has been industry leading long-term, risk-adjusted performance across all three... Read More 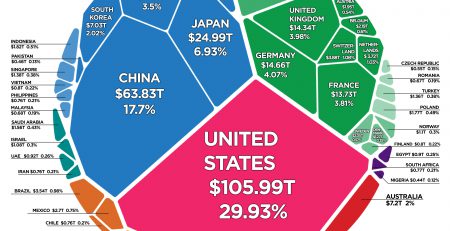 All the World’s Wealth in One Visual

Americans control almost 30% of the entire world’s wealth. Other countries aren’t that far behind anymore, and when measured collectively, Asia already boasts a higher total. That’s according to... Read More