Sprint Hurts Clearwire's Q4 Results But There Is More To Story

Clearwire Corporation (NASDAQ:CLWR) has reported a drop in both revenues and subscribers in the fourth quarter of 2012. The broadband player reported revenues of USD311.2 million in the fourth quarter, registering a decline of 14 per cent. Retail revenues were down marginally to USD194.4 million compared to USD197.6 million. However, it was the steep fall of 29 per cent in wholesale revenues to USD116.6 million which caused the substantial decline in overall revenues. Despite the lower topline, the company managed to narrow its operating loss to USD312.7 million as a result of absence of loss from abandonment of network – a charge which affected Clearwire Corporation (NASDAQ:CLWR) to the tune of USD123 million in the fourth quarter of 2011. Clearwire ended the year with 9.58 million customers, a decline of 8 per cent. The drop was driven by the wholesale segment, which decreased by 9.9 per cent to finish with 8.22 million.

The drop of revenues and customers can be attributed to Sprint Nextel Corporation (NYSE:S)’s decision to launch its own LTE network, meaning that the carrier stopped offering WiMAX services to new customers in the last few quarters. The irony of the situation is that Clearwire is suffering because of Sprint’s decision which in turn is aimed at launching a new technology using the wholesaler’s spectrum. Another factor behind the drop is the deal cable networks Comcast Corporation (NASDAQ:CMCSA) and Time Warner Cable Inc (NYSE:TWC) signed with Verizon Communications Inc. (NYSE:VZ) and Bright House Networks respectively. The cable companies would have used Clearwire for their mobile offers, but that revenue went to its competitors. However, the revenue forego would have had a lesser impact than Sprint’s decision.

Clearwire Corporation (NASDAQ:CLWR) is in something of a fix now as it is currently the target of acquisitions, with both Sprint and Dish Network making offers for the broadband wholesaler. While Clearwire’s prized spectrum depth and Sprint’s current weak situation with its Nextel brand make for a logical choice, the former is keeping its cards close to chest. Thankfully, Sprint plans to shut down the iDEN network but would need Clearwire’s broadband spectrum to roll out its LTE network and achieve its goal of covering an extra 170 cities during the year up from 58 currently covered, with a coverage target of 200 million Americans by the end of 2013. These are daunting numbers and even though the wholesaler hopes to use the 800 MHz spectrum of the iDEN network for its LTE roll-out, extra help from Clearwire would be helpful.

The Washington based broadband player also seems to prefer Sprint Nextel Corporation (NYSE:S)’s deal, but DISH Network Corp. (NASDAQ:DISH) has certainly titillated Clearwire Corporation (NASDAQ:CLWR) by making an offer of USD3.3 per share, besting the USD2.97 Sprint plans to offer for the buyout. While Clearwire still seems to favor Sprint’s offer, the fact that it has refused the first of Sprint’s payments so as not to void Dish’s offer highlights that the carrier is carefully considering all options. Meanwhile, Dish chairman Charles Ergen has said the company will consider selling some of its spectrum holdings in case of not finding a partner to launch nationwide wireless services.

Earlier this month, Clearwire Corporation (NASDAQ:CLWR) filed a preliminary proxy statement on its agreement with Sprint Nextel Corporation (NYSE:S) in an indication that it is nearing a decision. Clearwire need to make a decision sooner rather than later in order to receive funding from one of the companies so as to proceed with its LTE deployment plan. Although Clearwire will receive a flat fee this year as part of an old contract with Sprint, the amount will be enough to cover operational costs only. Predicting Clearwire’s decision is pointless as of now but the outcome will surely have long term repercussions for not just the company which manage to acquire it but also to other industry players including AT&T Inc. (NYSE:T) and Verizon Communications Inc. (NYSE:VZ).

Mohnish Pabrai's Top 10 Rules For Success   Published on Mar 16, 2016 He's an Indian-American businessman, investor, and philanthropist. He sold his company TransTech, Inc in 2000 to Kurt Salmon Associates for... read more

Like we have said in previous posts, credit focused hedge funds are on a tough road going forward. U.S. debt wiped off $317 billion of  market value in June alone, one... read more

Impact Investing From Niche To Mainstream Introduction Impact investing – once a niche corner of the market – has entered the mainstream. This has been driven by increasing awareness among investors... read more

The Nikkei NIKKEI 225 (Nikkei Indices: NI225) is now down 15 percent since touching its peak price on May 22. The selling gained further energy after the Federal Reserve clearly... read more 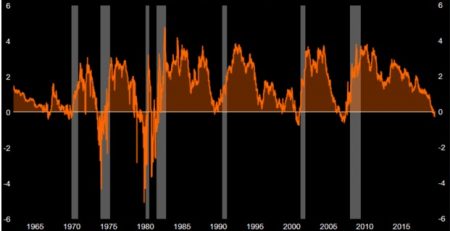