Forget about dodging the cold winters in New York, hedge fund manager John Paulson is looking at Puerto Rico as his new home to leave capital gains taxes behind. In the country’s tax law, new Puerto Rican residents neither pay local nor U.S. federal taxes on capital gains, reported Bloomberg. This compares to the marginal tax rate in New York that may be higher than 50 percent on ordinary income.

Paulson, a lifelong New Yorker, has already commenced the search for his Puerto Rico home. Looking at the tony Condado neighborhood, a 8,379- square-foot penthouse comes comes with a $5 million price tag but it is conveniently located close to a private school for Paulson’s two young children.

Paulson & Co. would likely stay in New York but in a statement via Bloomberg the firm said, “While we have looked at real estate investments in Puerto Rico, we have not made any investments.” But it is one of the biggest holders in Popular Inc., which owns Puerto’s biggest lender and runs a $300 million real estate fund that has Arizona, California, Colorado, Florida, Hawaii and Nevada properties.

Should Paulson and his family move to Puerto Rico, he’ll join a relocation movement that has included a number of wealthy individuals from the U.S. and Europe, moving as governments increase taxes on top earners. This has included actor Gerard Depardieu who left France for neighboring Belgium last year; French billionaire Bernard Arnault of LVMH Moet Hennessy Louis Vuitton SA (EPA:MC) has applied for Belgian nationality to dodge the 75 percent tax on French millionaires.

Over in the U.K, BlueCrest Capital Management Ltd. and Brevan Howard Asset Management LLP, in the last few years have either opened or expanded offices in Switzerland after taxes had been raised on the wealthy.

Back in the U.S., hedge-fund billionaire Julian Robertson has already done the Puerto Rico tax benefit by having homes in Connecticut and New York but spending the requisite 183 days per year required by Puerto Rico home owners to claim residency.

This comes as John Paulson and Robertson pay 23.8 percent on long-term capital gains and dividends and 39.6 percent on ordinary income (also includes short-term gains and interest). For wealthy New Yorkers, state and local taxes can move the marginal rate even higher.

But under Puerto Rican law, any accrued capital gains accrued after moving there is then tax free. The dividend and interest income that U.S. companies pay are still subject to U.S. federal taxes, but it is not locally taxed.

Paying lower taxes isn’t anything new for Paulson executives. In 2012, they invested about $450 million in a new Bermuda reinsurance company that turned around and invested all of its assets into Paulson & Co. funds, reported Bloomberg. This enables the firm to defer taxes on the funds’ investment income for years, and then when they do, they only pay the lower capital gains rate.

Lucky for Paulson, the time zone is the same as New York.

When you think small cap investing, India is probably not the first country that comes to mind. But the small cap pioneers at the Royce Funds feel differently. David... read more

The Real Estate market is more likely to take a second dip in the year to come – rather than continue its “steady recovery” – which will carry serious... read more

When Moody’s looks at an increasingly negative global sovereign debt picture and factors in the rise of political populism the result is concern. In a November 14 report titled... read more 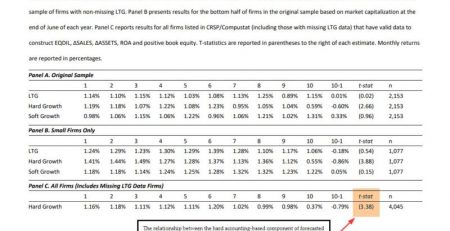 There is a substantial body of evidence linking various accounting ratios to expected stock returns. One explanation of the links is that they could be explained by the accounting... read more

London-based Man AHL has seen the machine learning future and it is more a 3-D experience than black and white. One of the early trend following adaptors – who... read more

This is part three  shorting stocks of a new ten part series from ValueWalk on value investing. Over the past three years, ValueWalk has conducted exclusive interviews with some... read more

CS: Correlations Are Falling So It's Time To Buy Growth

Alpha has returned, and it’s time to dump momentum strategies in favor of growth strategies according to a research report issued by Credit Suisse and reviewed by ValueWalk this... read more