Bloomberg has hired former International Business Machines Corp. (NYSE:IBM) CEO Samuel Palmisano in an independent advisory position to deal with the company's burgeoning privacy problems. Last week it became clear that investment banks were worried about using Bloomberg Terminals as they believe that the company's journalists used terminal data to inform their reporting on the London Whale scandal.

Talisman Energy Inc. (NYSE:TLM) (TSE:TLM) has been in the news a lot recently after activist/value investor Carl Icahn took a 6% stake and immediately replaced two of the board members.... read more

Are a confluence of societal factors and technical advances set to propel the robo advisor trend even further? There are numerous points at which financial innovation has frightened traditional mechanisms on Wall Street. In... read more

NYC Pension Funds Begin to Craft a Fossil-Fuel Divestment Path by IEEFA A certain recent RFP from the New York City comptroller on behalf of the city’s pension funds could be... read more

Hedge funds finished February with a 1.79% gain, making it the best performance in the last 12 months, on the back of strong recovery in global equity markets, according... read more 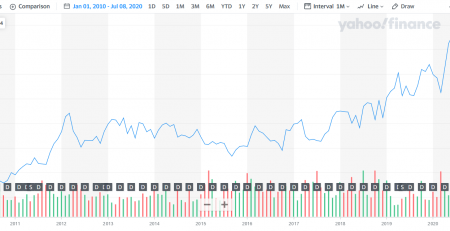 Fastenal: Why Being Cheap Works As a Business Strategy

Fastenal is one of the best-performing stocks of the past decade. Since the beginning of January 2010, shares in the industrial distribution company have yielded an average annual return... read more

"Phishing For Phools": A Q&A With George Akerlof And Robert Shiller by Jason Zweig The free market isn’t merely the best mechanism ever devised to provide people with what they... read more

This is part one of a two-part interview with Jonathan Rochford, portfolio manager at Australia-based Narrow Road Capital. The interview is part of ValueWalk’s Value Fund Interview Series. Throughout this series,... read more

Conflicts of interest were the watchword of the day in Capital Hill testimony on high frequency trading today, as exchanges and dark pools were questioned about their practices. Bradley Katsuyama:... read more