“On the afternoon of Thursday, December 11, 2008, I got the news I had been expecting for more than seventeen years.  Calling from New York, my son Jeff said Bernie Madoff has confessed to defrauding investors of $50 billion in the greatest Ponzi scheme in history.  “It’s what you predicted in … 1991!” he said.

“It began on a balmy Monday morning in New York in the spring of 1991, when I arrived at the office of a well-known international company.  The investment committee, reviewing their hedge fund investments, decided at this time to add due diligence by hiring me as a consultant.  I spent a few days listening to summaries of track records, analyses of the business structures of the hedge funds, the backgrounds of their managers, and making on-site visits.  One of the fund managers was so paranoid when I interviewed him at his office that he wouldn’t tell me what kind of personal computers they used.  When I went to the restroom he escorted me for fear that I might acquire some valuable crumb of information.

“With one exception, I approved the investments.  The story from Bernard Madoff Investments did not add up.  My client had been getting steady monthly profits ranging from 1% to more than 2% for more than two years.  Moreover, they knew other Madoff investors who had been winning every month for more than ten years.”

(Editor: How did the SEC’s examiners miss the swindle? All they had to do was check the OPPOSITE party on the Madoff’s trading tickets.  So if Madoff had a purchase of 1000 options on Coke, the examiner would check the counter-party’s back office to verify the transaction–a sale of 1,000 coke options to Madoff’s firm. A few more random checks would take 20 minutes.  DID the SEC EVEN DO THIS? If not, then why wouldn’t the government be liable for the fraud?)

Steven Wood On Rolls-Royce And Value Investing [Pt.1] This is part one of a two-part interview with Steven Wood, the founder of GreenWood Investors. The interview is part of ValueWalk’s Value... read more

China’s rapidly growing corporate and personal debt is always cited as being one of the main risks to the global economy. The country’s debt mountain has exploded higher since... read more 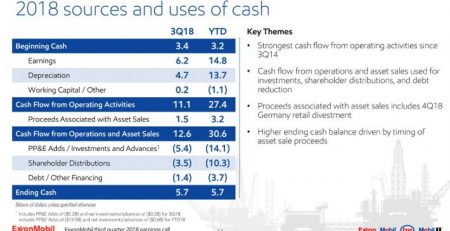 Attached, please find a copy of Khrom Capital's quarterly letter. In the first quarter ending March 31st, 2013, the fund returned 30.4% gross, or 23.0% net of fees and expenses. Below... read more

When Investing in Difficult Businesses Can Be Rewarding, with Curtis Jensen of Third Avenue Management read more

Preliminary numbers for the output of the Norwegian Continental Shelf indicate that the production during the first month of the calendar year surpassed expectations by 2.87%. Total production of... read more