Yesterday after market close, The Procter & Gamble Company (NYSE:PG) announced A.G. Lafley is rejoining the company as Chairman, President & Chief Executive Officer, effective immediately. Mr. Lafley who served in these roles from 2000 to 2009 will succeed Bob McDonald, who is retiring from the company on June 30, 2013. At this point, it is unclear to what degree Mr. Lafley will prove an interim CEO, overseeing a near-term succession plan, or if he will stay on more permanently. Investors seem happy with the move sending shares are up 3.8 percent currently. The announcement has been called a big win for The Procter & Gamble Company (NYSE:PG) investor Bill Ackman.

Little insight was given about the future on the conference call, below is a transcript of the entire call on which only CFO Jon Moeller spoke.

Good morning, everybody. And thanks for joining us on short notice. I want to warn you, this will be a very short call. But I felt it was important, given the announcement we made yesterday, that we, at least, touch base with you, you are obviously a very important constituency.

I only have three points I want to provide you with this morning, first this change very simply reflects Bob McDonald’s decision to retire and the board’s view that AJ laverty was currently the best person to replace Bob and build on the momentum bop has initiated and led.

Second this announcement is not indicative of any kind of bigger problem or financial issue. As you probably noticed in our press release yesterday we reconfirmed guidance for the quarter and the fiscal year, and third, this won’t result in
a dramatic change in our strategy or priorities.

We’ll continue to focus on maintaining momentum in developing markets, on building and strengthening our core development market business, all under, supported by innovation and productivity, and we remain committed to those priorities and continue to be optimistic.

I’ll be at the Deutsche Bank AG (NYSE:DB) (ETR:DBK) conference inpatient and be happy to talk with you then, AG will join me as we discuss our fiscal year earnings in our 2013-14 guidance at the end of July, and currently, though things are subject to change, we’ll both plan on attending the back to school conference in Boston and that is really all we have to say this morning.

A quick summary, no change in financial estimates, no change in fundamental strategies and priorities, we’ll keep building the momentum on both the top and bottom line, I look forward to catching up with you as our paths cross through the summer and into the fall.

We’ll be available today, all day, so if you want further perspective or have questions you feel need an answer, please don’t hesitate to call. And thanks, again, for joining us this morning.

Despite Monday being Memorial day a slew of firms are out with reports on the move. Below we have highlights from all the big names.

Meet the New Boss, Same as the Old Boss

Importantly, we think bringing Mr. Lafley back is the right move for now. Mr. Lafley is someone who not only knows P&G intimately, but is also well regarded internally and will likely serve as a calming, charismatic leader in a time of change. We’d have to think morale across the organization has been a major issue and perhaps has even been an impediment to a turnaround, not to mention internal stability. Recently, particularly post F3Q13 earnings and our early May visit to Cincinnati, we’ve thought about this leadership vacuum while at the same time, largely believing the back to basics “40/20/10” strategy coupled with a focus on productivity would yield improved results.

To be sure, even with the company’s two largest beauty brands (Pantene & Olay account for ~25% of Beauty sales) still in a deep rut, there are slowly mounting examples of businesses that are getting back on firmer footing. With the dialog around potential internal and external replacements for Mr. McDonald, we’ve figured that any internal candidate wouldn’t bring change dramatic enough to appease the market while any external hire would, more importantly, prove too and unnecessarily disruptive to the P&G organization. Importantly, Mr. Lafley should represent the best intentions of both potential paths.

40/20/10 is already reminiscent of The Procter & Gamble Company (NYSE:PG)’s turnaround strategy at the outset of Lafley’s tenure as CEO.

Last year, when we first heard Procter & Gamble discuss its plan to support its biggest & most profitable businesses, we couldn’t help but think it sounded a lot like the “winning formula” that Mr. Lafley employed in engineering his (first) turnaround of the company.

After several years of disappointing results and decelerating growth, Mr. Lafley lead The Procter & Gamble Company (NYSE:PG) to nearly a decade of fundamental outperformance (5% average annual organic sales growth & at least 12% core EPS growth between 2001-2009) and a doubling of the company’s market cap. Separately, we think it is worth mentioning that an emphasis on “faster-growing, higher-margin” business such as Beauty and Health Care was also critical to P&G’s strategy through the last decade, such that Lafley was the initial architect of the company’s global beauty build out, acquiring Clairol & Wella. As such, to the degree that investors have questioned if a break-up of the company is necessary, naming Lafley CEO would suggest that a break-up is not currently under consideration by the Board.

A.G. Lafley in as Chairman & CEO, Bob McDonald retiring After several quarters of speculation, The Procter & Gamble Company (NYSE:PG) made the bold move of enticing Lafley to return to his previous role. At almost 66 years old (this is an early birthday present – Lafley was born on June 13, 1947), we are not sure if this is an interim assignment or if Lafley expects to assume the role on a more permanent basis, noting the press release states “…and facilitate an ongoing succession process”. Lafley is often credited with building out the now struggling beauty business at P&G and is well respected internally, even as growth slowed in the last several quarters of his previous tenure. If nothing more, his first task is to stem share losses and grow P&G at least in-line with global peers, something that hasn’t happened in over 5 years.

The events in the US equity market on August 24, 2015 marked the first true opportunity to assess the efficacy of reforms implemented in response to the 2010 “Flash... read more

From an email Whitney tilson sent to investors I think this excerpt from Seth Klarman’s 2004 annual letter is very timely:   Get The Full Seth Klarman Series in PDF Get the entire... read more

FHFA Responds To Perry Capital Regarding Fannie, Freddie, see the filing below (check out the Berkowitz fight here). H/T ValuePlays  In these related actions, plaintiffs, as shareholders of Preferred Stock... read more 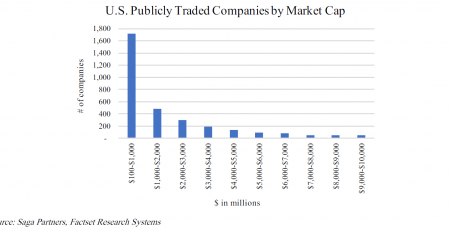