The SEC, pressed to address risks posed by money-market-mutual fund industry, is considering a scaled-back approach that would tighten rules for about half of the sector that is seen as most vulnerable to investor runs.

According to a report in the Wall Street Journal, the SEC’s approach would require only the riskiest funds to abandon their fixed $1 share price and permit shares to float value like other mutual funds.

The new approach would be a clear win for the $2.6 trillion money-market-mutual-fund industry, which balked at last year’s efforts to require money managers to float all of their funds’ share prices or have the funds post banklike capital. SEC had to abandon the approach last year after then SEC Chairman Mary Schapiro was not successful to secure adequate votes.

The current SEC Chairman Mary Jo White is under pressure from U.S. and global regulators to fix structural issues that encourage investors to sell their shares quickly during times of stress.

“Prime” money funds that invest in short-term corporate debt constitute about 54 percent of the industry, according to Crane Data LLC. These funds are seen as the most vulnerable as they were the source of investor runs during the height of the 2008 financial crisis. In September 2008, more than $300 billion, or 15 percent of prime-fund assets, fled the funds in one week after the collapse of Lehman Brothers Holdings Inc. Large corporations, securities lenders and other institutions raced to sell shares after the Reserve Primary Fund, one of the largest and oldest prime funds, “broke the buck”, when its share price fell below $1. The U.S. was forced to step in and backstop the funds.

According to the Wall Street Journal report, the SEC may require only “prime” money funds to make the switch.

In recent years, concerns about money funds have increased as regulators started worrying about a sudden jump in interest rates. Such a rise could depress the value of the funds’ asset holdings. The Financial Stability Oversight Council, for a third year running, referred to money funds as a source of systemic risk.

Since January, the bulk of the largest money-fund providers have moved to voluntarily disclose the daily market values of their fund share prices. For instance, in January 2013, Fidelity Investments announced its decision to disclose net asset values (NAVs) of its money-market-mutual funds on a daily basis.

However the largest U.S. money-fund firm by assets, Fidelity Investments Inc, doesn’t support a floating share price, pointing out that there is no evidence that funds with variable share prices are at lower risk of significant shareholder redemptions during market turmoil. Besides, some analysts feel that unlike banks, money market failures are small and contained.

Currently the SEC discloses the funds’ mark-to-market values after a lag of 60 to 90 days. 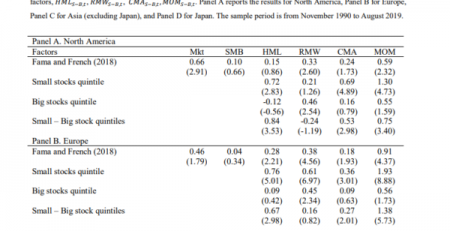 Woodbine Capital is another fund which has short position in yen and has longs in Japanese equities, the investment theme is prevalent among several hedge funds and is one that Kyle... Read More

In this session, Aswath Damodaran looks at the conditions under which dividends have no effect on value, a negative effect and a positive effect, and loo at good and... Read More