Tweedy Browne is out with their commentary on Q1. They made gains in variety of industries, and stocks across the globe. Tweedy Browne also notes that they have trouble finding value now and are increasing cash. Below is a brief summary followed by the full document in scribd:

While the vast majority of stocks in our Fund portfolios had positive returns for the quarter, our best results were produced by a number of our pharmaceutical, media, beverage, food, insurance, and industrial holdings. This included pharmaceuticals such as Roche, Novartis, Johnson & Johnson, Mitsubishi Tanabe, and GlaxoSmithKline; media companies such as the Daily Mail, and Schibsted; beverage holdings such as Heineken and Diageo; food stocks such as Nestle and Unilever; banks and insurance stocks such as Bangkok Bank, HSBC, Zurich Insurance and Munich Re; and industrials such as ABB, Krones, Teleperformance, BAE, G4S, Unifirst, 3M, Norfolk Southern and Union Pacific. Vodafone also had a strong quarter, reflecting news reports suggesting prospects for successful developments associated with its position in Verizon Wireless. While we continue to collect an attractive dividend yield in our oil & gas stocks, with the exception of Conoco, and its spinoff, Phillips, those stocks generally lagged for the quarter.

During the quarter, we continued to reduce our positions in a number of companies which were trading at or near our estimates of intrinsic value. We trimmed our positions in Diageo, Heineken, Kone, Krones, Vodafone, and Schibsted among others. We also took advantage of the rather aggressive move up in Japanese equities during the quarter to reduce and sell a number of our Japanese holdings. We also sold our remaining shares in Henry Schein, the global dental distributor, as its market price had reached our estimate of intrinsic value. Sika, the Swiss manufacturer of construction materials, was also sold as it had reached our target price.

While there were very few new buys during the quarter, we did begin purchasing shares in DBS, the Singapore based bank which at purchase was trading at approximately 11 times earnings and a had a 3.6% dividend yield. Like United Overseas Bank, the other Singapore bank in our portfolios, it is conservatively financed by a large deposit base, and has a strong capital position. We also began to build a position in the

TB Global Value Fund (hedged) in Joy Global, the US-based mining equipment company, which enjoys a strong global competitive position, earns high returns on invested capital, and was trading at a substantial discount from what we believe to be conservative estimates of its intrinsic value. In addition, we established a new position in Wells Fargo in the TB Worldwide High Dividend Yield Value Fund. Wells is attractively valued, and its recent increase in its dividend to around 3% made it a good fit for our dividend Fund. We also added to our positions in Royal Dutch, Total, Halliburton, Axel Springer and GlaxoSmithkline among others While it is inaccurate in our opinion to say that equity markets have reached bubble-like conditions, the bulk of our portfolio holdings are today trading at or near fair value. New idea flow has slowed, and cash reserves have been building slowly at the margin in our Funds. While equities may indeed be the new default investment particularly in light of bond valuations, for professional and amateur investors alike, it is no time for complacency.
Thank you for investing with us and for your continued confidence 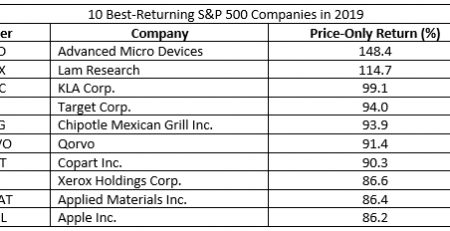 Every year, the markets provide us with lessons on prudent investment strategies. Many times, markets offer investors remedial courses, covering lessons it had taught in previous years. That’s why... read more

Michael Mauboussin, Director of Research at BlueMountain Capital Management discusses a framework to think about skilled active managers. Get The Timeless Reading eBook in PDF Get the entire 10-part series on... read more