Walter Schloss attended Ben Graham’s finance course before World War II and went to work for Graham-Newman in 1946. Leaving to establish Walter J.Schloss Associates in 1955, he was joined by son, Edwin, in 1973.

As one of Warren Buffett’s “Super-Investors of Graham and Doddsville” in his Hermes article of the same name, the Schlosses have run circles around theindexes. For the 33 years ended 12/31/88, Walter J. Schloss Associates earneda compound annual return of 21.6% per year on equity capital vs. 9.8% per year for the S&P 500 during the same period.

A two-man firm with no employees whatsoever, the Schlosses occupy a small room within Tweedy, Browne’s offices. Alongside other memorabilia is a letter from Buffett to members of the “Buffett Group” before its Hilton Head conference in

Walter Schloss: In The Merchant Bankers, there’s a chapter I find particularly interesting. Mr. Warburg, who just recently passed away, lived in pre-Hitler Germany with his family. The Oppenheimers, the Mendelsohns and the Warburgs had been living there for many years. When Hitler came to power, Warburg became very concerned. He arranged to meet with one of the top people in Hitler’s government. Afterwards, he told his wife, “We’ve got to get out.” And they did. In 1934, they took their two children and they went to London giving up most of their wealth in the process. They were criticized by all of their friends. “Why are you leaving Germany?” He gave up a lot to get out. But he saw what was coming. Most of the other people who were wealthy and had been living there for years just ignored it. But Warburg was a non-conformist.

Edwin Schloss: Thankfully for him and his family, he was a contrarian.

Looking at the charts this week investors remain bullish, and judging by the margin debt and leverage charts - investors are clearly voting with their feet!  This article reviews the... read more

Highly Paid CEOs Produce Poor Returns For Investors; Here Are The Most Overpaid Ones

The argument over CEO pay has been raging for many decades, but with wealth inequality increasing around the world, the chorus of those calling for CEO pay to be... read more

A special report released from research firm Wealth-X points out that the number of ultra high net worth (UHNW) individuals (net worth more than $30 million) in the U.S.... read more 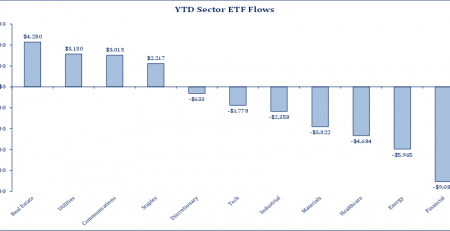 There has always been a discussion deep inside financial circles wondering if Bloomberg and its vaunted terminal could ever be displaced. Could the seeds of that displacement be in... read more

How Not to Invest in Dividend Stocks

Not so many years ago, dividend stocks were often dismissed as staid and old-fashioned. Particularly in the 1980s and 1990s, many investors snubbed dividend stocks in favor of stocks... read more

H/T to a reader for sending this coveted Holiday card from Kingsford Capital - the reader commented - Our markets need a lot more guys like them, uncovering and exposing... read more