Twitter is not public yet, but that is not stopping many pundits, analysts, journalists etc. from trying to place a valuation on the social media network. Victor Anthony of Topeka Capital is out with a new note trying to figure out a rough valuation for Twitter. He comes up with $14 billion as a number based on value of members, and at 14x sales of revenue. The numbers seem a bit rich, but it is still an interesting analysis. Below is the recent note from Anthony.

With the announcement of the confidential filing of Twitter’s IPO filing, we are taking a look at how the company makes money today – Promoted Tweets, Promoted Accounts, and Promoted Trends. We see a more modest $14B valuation for Twitter.

Advertisers pay to promote a Tweet (event, deal, product, contest, service) to users. Twitter offers many options to target users including: 1) by keywords in the user’s Tweets or Tweets the user has recently engaged with, 2) by geography, 3) by Interest, 4) by gender – Twitter uses signals to help identify a user’s gender given that it does not ask users to share their gender on Twitter, 5) by device (desktop or mobile), 6) targeting by similarity to existing followers, and 7) by keyword search results, that is, when a user conducts a search on Twitter. Twitter claims that 60% of its users log in via their mobile device. Twitter charges an advertiser when a user retweets, replies, or clicks on a Promoted Tweet.

Advertisers pay to promote their Twitter accounts in order to gain followers and build a community around their brand. Advertisers can target by Interest, geography, and gender. Larger brands can user a Twitter ad specialist to create custom campaigns. Twitter only charges an advertiser when a user follows a Promoted Account and the pricing system is based on bidding, whereby the advertiser will set the maximum amount they are willing to pay for a follow or click for Promoted Tweets.

Advertisers can gain large scale exposure for their business, brand, or product by using Promoted Trends. According to Twitter, the Promoted Trend will stay at the top of the trends list for the whole day across both desktop and mobile, and are visible to all users on Twitter.com while they are being promoted. It functions as a digital billboard or an effective page takeover.

Promoted Trends are favored by big brands and AllthingsD reported earlier this year that Twitter was asking $200k per day for a Promoted Trend in the U.S., and that was up from $150K in 2012, and $80k in 2010. Targeting can be done by country or globally.

Facebook Inc (NASDAQ:FB)’s ad offerings are more developed and entrenched than Twitter’s, with FB employing many more ad units, although FB had pared back its ad offerings recently. Facebook Inc (NASDAQ:FB) also generates more revenue per member than Twitter, that is, ~$5.50 vs. ~$3.00 . However, there are FB ad units that we believe Twitter can employ including Mobile App Installs and Custom Audience Ads. In addition, we see no reason why Twitter cannot put display ads in the white space in the left-hand rail on desktop.

The MoPub acquisition will help Twitter build out an exchange to better target ads on its mobile device. We understand that MoPub can also help with the Mobile App Install ad unit. In short, while FB’s ad offerings are ahead of Twitter’s in both number of effectiveness, Twitter can play catch up.

We Weigh In With a More Modest $14B. Our starting point is the talked about estimated 2014 $1B revenue number from eMarketer. FB’s $38 IPO price valued it 14x forward P/S. Assuming the same multiple would value Twitter at $14B. Facebook and LinkedIn Corp (NYSE:LNKD)’s current average P/Forward Sales of 13x would value Twitter at $13B. We do not know if Twitter is profitable but if we assume a 55% EBITDA margin on the eMarketer $1B in revenues, then a 20x multiple (FB’s current multiple) would value the company at $11B.

Finally, Facebook Inc (NASDAQ:FB)  currently trades at a P/Member multiple of 95x. Applying the same multiple to 200mm Twitter members, the last Twitter reported number, would get you to $19B, a clear outlier. Averaging all methods get us to a $14B valuation, which we think is reasonable for a company which is estimated to generate 1/9th the revenues of FB in 2014 and has 1/5th the members.

Joel Greenblatt: 17 Books That Every Investor Should Read 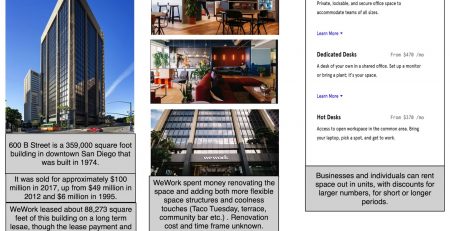 Runaway Story Or Meltdown In Motion? The Unraveling Of The WeWork IPO

In a year full of high-profile IPOs, WeWork takes center stage as it moves towards its offering date, offering a fascinating insight into corporate narratives, how and why they acquire... Read More

Tollymore Investment Partners: Taking a long-term investment view is the only way to navigate this period

A comment from Mark Walker, Managing Partner at Tollymore Investment Partners, on how he believes taking a long term view is the only way to navigate this period. Mark... Read More

Saying I have a pet peeve, or some pet peeves, just doesn’t do it. I have a menagerie of peeves, a veritable zoo of them. Luckily for readers, I... Read More