Bill Nygren, Oakmark, explains why he favors Bank of America over JPMorgan. JPM is not quite as cheap as BAC,” he says.

good look at your top holdings and while you own jpmorgan, it’s not one of your top holdings relative to the other financials that you have in there. why is that? well we don’t think jpmorgan is quite as cheap as, say, a bank america, which is our largest holding. bank america sells at two-thirds of its book value and seven times what we expect to be their recurring earnings after the housing legacy costs are behind them. so, bank america, capital one, jpmorgan, they’re all important holdings for us, we think they’re all exceptionally well managed companies and cheaper than the average stock. people certainly look to you as being a good stock picker, one that’s able to beat the market over the last one, three, five-year period. you’re having a good year this year, i know that. qualcomm a new holding for you. i know it’s been disappointment for many big investors out there. why own the stock? well i guess when you’re a long-term value investor like we are, we end up buying things this have been disappointing for others. we look at qualcomm today about a quarter of its market cap is in cash, they’re aggressively repurchasing shares, they’ve taken in 4% already this year, and have announced another 4%. it sells — exit cash sells 11 times expected earnings for next year. majority of earnings come from a royalty on global sales of smartphones. though penetration of smartphones has gotten quite high in the u.s., on a worldwide basis, especially emerging markets, we think there’s a lot of room ahead for growth in smartphone sales.

Trying to get problems behind us: JPM’s Dimon

kate? reporter: scott, i’m outside 270 park as you mentioned and it looks to be lunchtime, people coming and going at the moment. i did catch up with jamie dimon earlier on this $13 billion settlement reportedly within days of being announced. what he’s grappling with is a real issue. it’s a tale of two companies. you have record performance, continued strength, fixed income, for example, partly a result of acquisitions that are creating legal troubles. and they’ve really shown strength. and this summer they hit a ten-year high, they’re not quite at their all-time high but close in july. at the same time, these litigation issues were really heating up and now we’re at a point where they may be close to a record deal with the justice department. so, when i first approached mr. dimon, he addressed how proud he is of the company and how well they’re doing in one sense. i woke up, you’ve been standing here, people coming in, bright-eyed and bushy tailed. reporter: not happy to see united states. 260 people around the world doing a great job for clients. we’re doing great stuff. trying to get our product behind us. reporter: but you know on the other hand, obviously, they’re grappling with a number of legal issues, civil and criminal, even with the settlement they’re close to with the department of justice and the new york state attorney general, there could be dangling criminal issues they’ve been unable to resolve. what dimon said about that. going to try to resolve every matter and then move on and over our clients. reporter: scott, of course, investors want to see a resolution as quickly and fairly as possible. it may be a while. they may have to continue to be patient as this unravels. thanks so much. good work today. kate kelly outside jpmorgan’s

Can The Market Grow Into Its Valuation?

Optimism created by rising earnings and the potential of corporate tax cuts dominated the markets in 2017 and helped drive the S&P 500 to a 19% gain for the... read more

In an interview with Bloomberg's Hans Nichols from the Euronext Amsterdam, Pershing Square Holdings Founder and CEO Bill Ackman said, he's preparing to buy a 'decent-sized stake' in a... read more 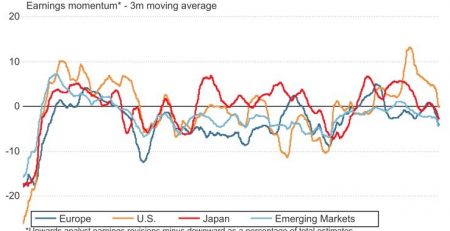 There is a bull and bear case for commodities, a Morgan Stanley Global Metals Playbook notes. The June 27 report takes a decidedly bearish view of hard commodities in... read more

Nuance and framing is important to put the logic of central bankers into perspective. Don’t be alarmed by New York Fed President William Dudley’s comments August 16. Even though... read more 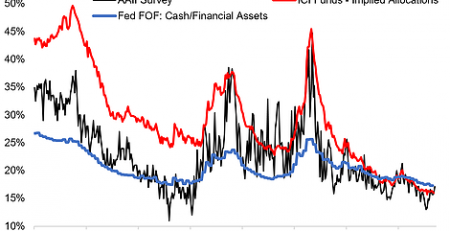 When I first shared this chart I thought it was kind of interesting to see leveraged long ETF assets surge in the lead up to the market peak in... read more 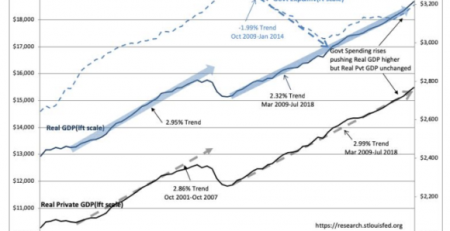