Tilson on K12 'My response to Dear Whitney – Are we having fun yet?' – ValueWalk Premium

Whitney Tilson is out with another (see first one here) strong response to a ‘supporter’ of K12, Inc. (NYSE:LRN) (a stock which Tilson is short), who attacked Tilson in a recent article. As Tilson noted earlier ‘Criticism Isn’t Stopping me’, below is the latest. See more from Tilson on the company here and here.

Whitney Tilson fires back via his education reform blog

Jeanne Allen released a letter this morning in response to mine, to which I just responded (see both below).

I want to be clear that I think Jeanne and the Center for Education Reform do important and valuable work. As best I can tell, we’re allies on everything except online charters – which is why I’ve supported CER in the past! In fact, Jeanne reminded me that I haven’t donated in a couple of years, so I just donated $1,000 on CER’s web site. I wish I could make the gala next week – I’m sure it’ll be a lot of fun and many of my friends will be there.

My quarrel with Jeanne, beyond online charters, is the mocking and obnoxious tone of her articles and, most importantly, how she questioned my integrity. My reputation is my most valuable asset and when it’s wrongly questioned, I will forcefully correct the misinformation.

I’m so disappointed in you. I’ve been an avid reader of yours for many years and know you’re better than this. Your entire letter yesterday was a series of snarky and obnoxious personal attacks on me and my sources, without a single fact or piece of data to rebut over 100 pages of interviews, investigative journalism reports, research studies, state data, etc. that I compiled.

But you promised to “explore further” the meat of these issues “in [your] next edition,” so I was looking forward to hearing a thoughtful critique of my arguments. Instead you just sent out this??? (see below)

First, you misrepresent what I said about the generous funding your organization receives from K12 and many of its peers creating significant conflicts of interest for you. In my email yesterday I wrote:

“To be clear, I am not criticizing you for accepting their support. But it is highly ironic to raise “ethical questions” about my conflict of interest without disclosing your own.”

I repeat my main question from yesterday:

Specifically, how much money has the Center for Education Reform taken from K12, Connections Education (the second-largest online charter company), and other online charter organizations over, say, the last five or ten years?

Secondly, you say that you have an “interest in talking about real issues” but in your two articles you have yet to present a single fact, piece of data, or cogent argument about a real issue – K12’s dismal academic results, sky-high student churn, possible bilking of states via lax enrollment policies, possible illegal siphoning of profits from nonprofit entities, etc. If you had nothing of substance to say, then why did you say anything at all?

Lastly, you write that you are shutting down the discussion:

It is neither my job nor my interest to work on rebutting your claims. It’s not my mission nor is it a fruitful use of my time. Why do you have so much of it, I wonder?

This really takes the cake. Your article yesterday was little more than a drive-by shooting – and now that I’ve called you on it, you run for cover, refusing to engage me in a thoughtful discussion about the many “real issues” at stake here. Again, I repeat what I wrote yesterday:

You would be doing me a great favor if you would, in your promised subsequent article(s), move beyond attacking me and my numerous sources, and present actual data and evidence that rebuts my arguments. Please show me – I really want to know – any evidence that the students at even one of K12’s 54 schools are doing well.

PS—The reason I have so much time to research K12 and engage in discussions of the company and the industry is that it’s my job! As a concentrated, long-term, value-oriented investor, I try to become an expert on every company in which I invest. As part of this ongoing process, I have conversations with as many people as possible who I think might have relevant information or opinions. In particular, I try to seek out those who can provide well-articulated contrary points of view – which is what I was hoping to get from you.

From the Desk Of

It’s late. I’m home bound on a train from Philly from an extraordinary set of discussions about saving Catholic schools as one of the important options that should remain available to our kids, the least advantaged among them, especially. But I just had to write you.

Before reading your second tirade on online learning, I read the following Facebook post from my oldest son, a TFA educator in Boston. He wrote:

“I was told by one of my students today that she couldn’t do her homework over the weekend because she was kicked out of her house. She then asked me where I lived and if I would be willing to take custody of her because of how rough things are at home. So much going on at home with all these kids I’m glad I can be there in the classroom to help them work toward college and beyond.”

That’s what it’s about, isn’t it? Who has time for these tirades against a method of learning for one group??!

I think you probably need to read my piece again, Whitney. You seem to confuse my words and interest in talking about real issues with waging a discussion about one company.

It is neither my job nor my interest to work on rebutting your claims. It’s not my mission nor is it a fruitful use of my time. Why do you have so much of it, I wonder?

I raised issues about truth and validity of your assertions, as making unsubstantiated claims about online learning is simply irresponsible.

No, it’s not because I or the Center seeks or receives contributions from such organizations, though after 20 years of work I find the suggestion amusing that you’d assert that any funder actually dictates what I say or do.

In fact, K12 and Connections are among dozens of education organizations who fund major education events – like those held by groups on whose boards you’ve served! I’m grateful to they and the other funders who are helping us celebrate our 20 years! (Reminder to all reading this – it’s next Wednesday, Oct 9th, www.edreform.com more info!)

Their generosity has made it possible for us to fund the participation of 30 outstanding and pioneering advocates whose contributions are responsible for the substance of this very debate.

I had hoped you’d join us but alas, you’ve answered none of our appeals to attend, or to support our event next Wednesday. But I would gladly take your money too, even if you are wrong about stuff. As my good friend Howard Fuller has often pointed out when people attack funding sources of his good works, if their funds help him get the job done he’s more than happy to accept.

Alas some of us who do non-profit work have to sing for our supper but it doesn’t mean we only sing the tune of those who feed us. Just ask CER’s tried and true funders how often we do what they most want. Ask those who say no. It’s the reason we’ve remained small all these years, though strong in results.

As we celebrate 20 years I’m grateful that I stand with integrity and pride knowing that only principle moves us, and that allegations and assertions to the contrary are the cry of those who have no other legs upon which to stand.

Continue your campaigns for or against issues, people and work. I’m happy to applaud anyone who does so well but will not permit weak arguments, innuendo or opinion to stand unchallenged, no matter who says them or how big their megaphone is. Life is just too short.

PS A big THANK YOU to all in the states who wrote with their perspective and support. I read your notes and will be in touch soon!

PSS I don’t think you fully appreciate who our awardees are and what they’ve done for the movement for excellence in education. No one would even be having a conversation about school options had Bill Bennett not articulated such a principle first and publicly as Secretary of Education in 1985! As for Barbara Dreyer, not only would online learning not exist, but there would be no Rocketship, no Khan Academy and no Amplify. History is an amazing teacher if you take time to learn it.

CER, since 1993, is the leading voice and advocate for lasting, substantive, and structural education reform in the U.S. Additional information about the Center and its activities can be found at www.edreform.com.

Trump's Election Sparks Record ETF Inflows Donald Trump should get into the ETF business. According to research from Morgan Stanley in the past week long-term mutual funds posted accelerating... read more 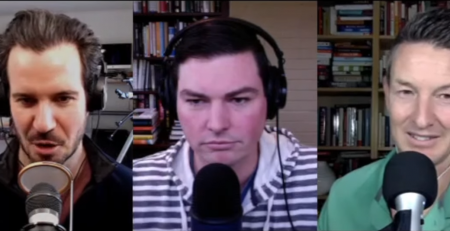 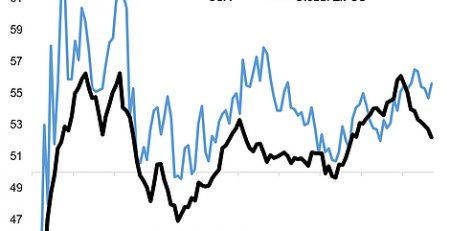 The September round of manufacturing PMI data brought some really interesting insights.  I'll be talking through them in more depth later in the week, but I wanted to highlight... read more 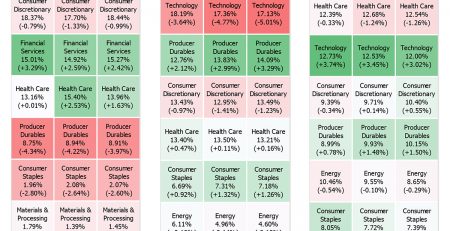