Starwood Capital CEO Barry Sternlicht spoke with Bloomberg Television’s Stephanie Ruhle from the Robin Hood Investors Conference today, where he said, “The big question for investors in real estate is the pace at which interest rates will go up…We are pretty bullish on property.”

On New York City’s real estate market and its outlook under De Blasio, Sternlicht said, “there’s no question that investors will pause to see what impact the new mayor has on the New York City property market…I would me more worried about office than residential.”

Sternlicht said that “at the right price” he would buy Sears or J.C. Penney Company, Inc. (NYSE:JCP). He also said, “I would have liked to buy Saks Inc (NYSE:SKS). We tried to and we lost. The company that bought it–Hudson Bay–they had synergy and we didn’t have that other than our imaginations with what we would have done with it.”

Sternlicht on his real estate outlook for 2014:

“The big question for investors in real estate is the pace at which interest rates will go up. I think in general it will be more muted. It will be lower longer. We are pretty bullish on property. It produces yield and yield is valuable in the world today. So whether it’s apartments or retail, we recently bought some malls or shopping centers in Sweden. We think globally that yield is very valuable. There is so much liquidity in the world where it’s in the corporate hands or the hands of sovereign wealth funds or individual investors. Everyone is chasing yield and that will continue. Property is looking pretty good, as it has in the last couple of years.”

“There’s no question that investors will pause to see what impact the new mayor has on the New York City property market. I think you have to look at the different sectors. I would be  more worried about office than I am about residential. Residential, I am worried about local people moving in and people from the suburbs and out of state moving in and buying a place as a permanent residence. But for foreigners, this is actually shifting capital. They are not worried about being taxed here versus being taxed at home. I think the very high end of the market is going to continue to be driven. We just sold an apartment downtown for $8,000 a foot–$50 million, and it was sold to a Middle Eastern investor. I don’t think he cares about who the mayor is of New York. He’s looking at his global portfolio, he has a lot of cash, he’s very liquid and he could buy a painting for $146 million or a really nice apartment. Apartments look cheap when you look at it that way. These people, this uber rich, they are looking at London and New York. New York looks cheap relative to London. London is probably two times the price. There is a $400 million apartment listed in London today.”

“Foreign capital is much more comfortable in England than it is in the U.S. We’ll shut the banks, we’ll shut the borders, we’ll lock up their accounts and they do not worry about that in the U.K. So we are a second choice. That’s why they are underinvested in places like New York. We just sold a building in Denver to a German fund and we sole it off a yield. It was a brand-new building. They bought this building at a price we would not have expected. And they were many backup bids. They were buying it at six yield and that produced a great return for us as developers. Foreign capital is pouring into the United States. In general foreign investors are underweighted here. The mayor of New York is probably not going to affect that long-term and many of these guys are buying long term. Look at Norway. Norway is one of the largest sovereign wealth funds in the world. They own almost nothing here. They want to buy stuff they never have to sell. If you have that view, you can basically pay anything for anything.”

Sternlicht on whether we should be surprised when places like Las Vegas, Phoenix and Florida are bouncing back:

“Some of them are more easily understood than others. The bounce back in Florida I think is real. There is job growth, there is diversity of employment base, there is income growth, they are fixing their school systems. The Republican governor has done a nice job. Not everybody would agree. There is a lot of progress in Florida. Plus, Florida has demographics working for it in immigration from South Americans. Places like Las Vegas, it is less obvious. There hasn’t been much job creation. There’s nothing under construction. Hotels have not recovered to where they were. Gaming is not what it was. People are not gaming at the level they used to. The whales–they can stay in Macao–they don’t have to go to Vegas. Some of these markets ran too far too fast. There was a bounce off of the bottom and people got a little ahead of themselves. It will be noisy. You will see the housing numbers turn around and some of these home prices soften and maybe even go south. They ran up 24% for two years per year so if they drop 5%, you are still up 40-45% off the lows. In order to get sustained housing price growth, you are going to have to get job growth and income growth. In Vegas there probably are not either one of those.”

Sternlicht on talk this summer that he would buy Saks and whether Sears and J.C. Penney are in his sights:

“I would have liked to buy Saks Inc (NYSE:SKS). We tried to and we lost. The company that bought it–Hudson Bay–they had synergy and we didn’t have that other than our imaginations with what we would have done with it. Sears Holdings Corp (NASDAQ:SHLD) is a scratch your header. I know Eddie [Lampert] is one of the smartest people on the earth, but it’s not obvious. We have 17 malls that we own and they are an anchor in many of the malls, as is J.C. Penney Company, Inc. (NYSE:JCP)’s. I am rooting for them both. Penny’s will benefit from the fact that the last guy, crazy as he was, had an unusual business strategy, will benefit from all of the money he spent in the stores. Whereas Sears has never done that. They’ve been milking the brands and producing a lot of cash flow. I don’t see how Sears can overwhelm Amazon on the web, which has been a big focus of the company.”

Sternlicht on whether he wants to buy either Sears or J.C. Penney:

“At the right price, sure, why not. I think we can do something interesting with both of them. They have interesting opportunities.”

Sternlicht on whether we could see an IPO out of one of his portfolio companies:

“Sure. We’re actually spinning out from our mortgage company–Starwood Property Trust to a company called Starwood Waypoint, which owns 6,000 homes in the United States. It is homes we have bought to rent. That is exciting. You might see our mall business go public and maybe some of our hotels. We own about 100 hotels in the U.S. and building a bunch. It is a good time to be public. Extended Stay was a tough one for us because we lost a bid against those guys in a bankruptcy court. A $3.9 billion bid and we lost by $25 million dollars. And I knew it was a good deal, but we ran out of money. They were bigger than we were.”

Sternlicht on Larry Summers saying yesterday that we need to see more credit and more lending:

“He is wrong. We have plenty of credit and plenty of lending. You can borrow what you want. He  could be right in the housing market. First-time buyers are having a hard time getting mortgages. That is probably the biggest challenge in the U.S. housing market–only 38% of purchases are from first-time buyers–it is usually 52%. The people are not doing that well in mass America. Incomes are not growing. They are not getting credit. I do not think the commercial market needs any more lending. I am delighted that the banks are not stepping up and doing a lot of construction loans on buildings that do not need to be built. It’s hard to get a construction loan but it should be hard. They should be viable projects. I am happy with the lending environment at the moment. I am not happy with spreads–they are too tight.”

Is It Worth It?

Is It Worth It? by Carl Richards, Behavior Gap Here’s a super loaded question: Is it worth it? We ask this question a lot when it comes to how we... read more

Knight Capital Group Inc. (NYSE:KCG) has agreed to sell itself to Getco, as we reported earlier this evening. For the past several weeks, there had been a large bidding war betwen Vurtu and... read more 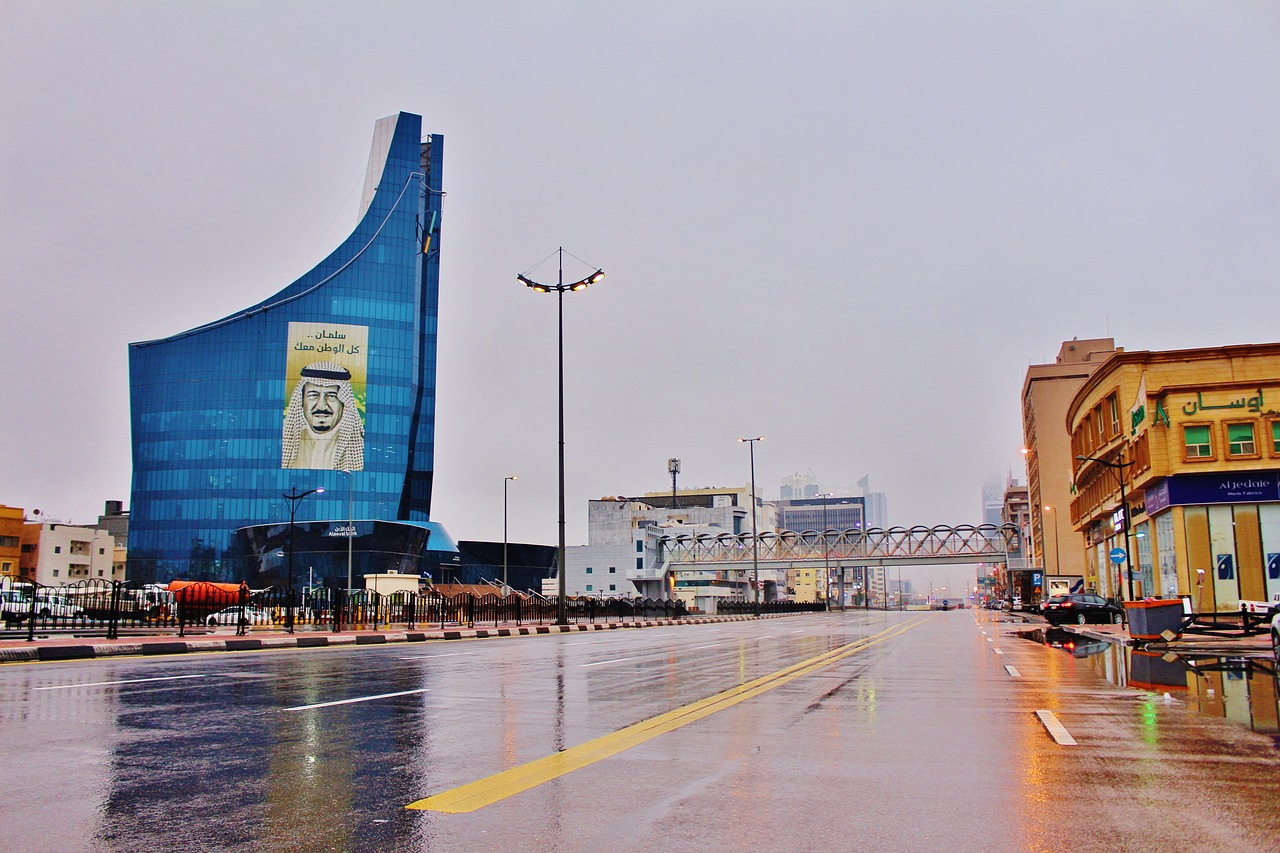 With an initial public offering looming, how much could Saudi Aramco fetch? The reporting of the firm's financial data by Bloomberg News, which Saudi Aramco categorized as “inaccurate,” isn’t... read more

Omaha rabbi and Philanthropist Talks About Friendship With Warren Buffett

Career Advice A readers asks: As a brief background, I’ve been extremely interested in value investing since 2008. I decided to make a career switch (from media to finance), and so... read more