On Sunday night, Apple Inc. (NASDAQ:AAPL) announced that it had inked a deal with China Mobile Ltd. (NYSE:CHL) (HKG:941). Many investors believe that the deal could be accretive to Apple earnings and share price. Already at least one analyst is out with a new report analyzing the deal. Aaron C. Rakers, CFA of Stifel has issued a new note on the topic. He believes that Apple Inc. (NASDAQ:AAPL) could sell 10 million extra iPhones due to the new arrangement. Below is the full note from Rakers.

As we and many others have reported over the past few years, Apple’s ability to have the iPhone supported by China Mobile would be an important growth driver; albeit the terms (i.e., subsidy arrangement) of this deal are not yet disclosed. This comes quickly after China Mobile’s official 4G TD-LTE launch last week. China Mobile will commence retail availability of the iPhone on January 17, 2014 and offer pre-registration via the company’s website on 12/25. We retain our estimate of incremental EPS from a ramp at China Mobile could total in the $4-$8/sh. range after the first 12-months of support. We are not changing our forward estimates; however, our model leaves us to think about the potential for up to +10M incremental iPhone sales to materialize into the March 2014 quarter. We note that after the China Telecom iPhone launch in March 2012, Apple’s estimated China iPhone shipments [sell-in] sequentially increased by ~3.6M to ~5.7M in C1Q12; China Mobile’s 3G subscriber base currently stands at ~4x that of China Telecom upon initial iPhone support. We move our target price from $600 to $650, or 8.6x EV/EBITDA on our C2014 estimates (not yet reflective of China Mobile ramp).

Apple’s iPhone 5s/5c will be supported across China Mobile’s entire subscriber base totaling 763.3M subscribers exiting November; ~181.1M 3G subscribers. This compares to China Unicom and China Telecom’s total mobile subscriber base standing at 278.6M and 185.5M, respectively. In total, China Mobile, China Telecom, and China Unicom had a combined mobile subscriber base standing at 1.227B; 402.6M 3G subscribers (~33% penetration). Apple’s press release reports that China Mobile’s combined 2G/GSM, 3G/TD-SCDMA, and 4G/TD-LTE networks include over 1.2M base stations. 4G TD-LTE services are currently available in 16 cities with an anticipated ramp to 340 cities covered by the end of 2014 (+500,000 base stations). China mobile is targeting the sale of more than 100M total 4G TD-LTE smartphones in 2014 – initial partners at last week’s launch event being Samsung, Lenovo, and Xiaomi. With the 4G TD-LTE launch, China Mobile stated that it would look to provide end users better subsidies on 4G TD-LTE smartphones in order to streamline the adoption of 4G going forward.

Investor Expectations on March Guide/Results – Margin Implications, True 3G Subscriber Base, & Early-2012 China Telecom Ramp = Proxy? With a deal now announced, we/investors will be gauging Apple’s iPhone expectations/results for the March 2014 quarter. Below we summarize what we think will be the key focal points:

Margin Profile – Assuming ~40% GM% on iPhone into China Mobile. Apple Inc. (NASDAQ:AAPL)’s press release does not provide any color on the pricing, and thus how we should think about the margin implications as it relates to the ramp at China Mobile. Investors will be gauging the impact of any differentiated (more favorable) subsidy structure that could have come as part of the arrangement with China Mobile. Our $4-$8/sh. incremental EPS reflects a gross margin estimate of ~40% on these incremental sales. As we/investors will now question the margin implications of the China Mobile deal, we are once again left to think about our analysis of Apple’s significant capital investments into the supply chain as a driver of product velocity – possibly not just the initial iPhonee 5s (and now to a lesser extent 5c) and the ability to proliferate availability into China upon the initial launch, as well as launching support into Japan’s NTT Docomo, but also setting up favorably for the ramp of availability into China Mobile as 4G TD-LTE build-outs materialize in 2014.

We continue to highlight Apple’s ~3-5 year (we estimate 3 year) depreciation cycle for investments into its Machinery, Equipment, & Internal-Use Software balance as an important gross margin consideration given the amount of accelerated depreciation impact seen in the GM% over the past several quarters. If Apple’s capex spending was to change than we believe this GM% headwind could be evaluated as a potential tailwind going forward – please seen our report published on 10/30 for a review of these trends; other interesting 10-K disclosures.

China Telecom Ramp as a Proxy? Remember Carrier Sell-In. When China Telecom commenced support for the iPhone in March 2012 (note: China Unicom commencing in October 2009), Gartner estimated that Apple’s iPhone shipments into China (sell-in) stood at ~5.7 million for C1Q12, an increase from 2.1 million units shipped in the prior quarter.

China Importance (15% of Total Revenue; 31% Operating Margin) . Apple Inc. (NASDAQ:AAPL) reported Greater China revenue at $25.4 billion in F2013, or totaling approximately 15% of total revenue – important to note that this excludes Retail revenue, which is reported separately in total. Greater China revenue totaled $5.733 billion (15.3% of total) in F4Q13, which reflected a 5.6% yr/yr increase (+31% seq.) vs. a 14% yr/yr decline in the June 2013 quarter. Apple also discloses Greater China operating income at $1.770 billion in F4Q13, or equating to a 30.9% operating income margin, which is down from the company reporting a peak Greater China operating margin at 49.5% in F2Q12 (March 2012). According to Gartner’s estimates (sell-in), China shipped approximately 5.9 million iPhones into China in C3Q13, equating to approximately a 6.4% shipment share. This compares to Samsung having shipped an estimated 16.2 million smartphones into China during C3Q13. Apple’s capex plans in F2014 include an expectation of 30 new store openings with two-thirds of these openings outside of the U.S.

Our $650 target price reflects a weighted valuation methodology using a 13x P/E, ~8x EV/EBITDA, and 12x EV/FCF multiple on our F2015 estimates, as well as a modest weighting to our 10-year discounted cash flow model, using a ~9% WACC and a low double-digit revenue growth rate over the next couple of years, followed by a low single-digit growth rate thereafter. 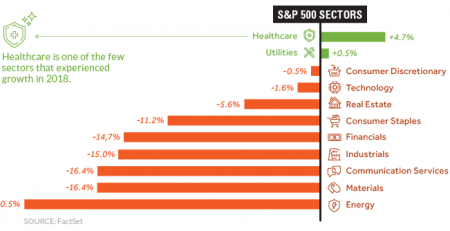 We’re only a few days into 2019, but it appears markets have picked up exactly where they left off. Q3 hedge fund letters, conference, scoops etc There is growing uncertainty and... Read More

Assets in ETFs/ETPs listed in the United States reached a new record 2.132 trillion US dollars at the end of April according to ETFGI Read More

Richard Koo: US on Path of Japan, Fed Could Need Capital Injection

Richard Koo of Nomura is out with a new report. The note from The famed economist, who authored Balance Sheet Recession: Japan’s Struggle with Uncharted Economics and its Global Implications,... Read More

Just because CalPERS is moving away from alternative investments doesn’t mean the rest of the pension fund industry will follow suit. When consultants at Meketa Investment Group recommended that... Read More