Banking giant has ‘no US tax cheats’ – ValueWalk Premium

Banking giant has ‘no US tax cheats’

Surprise decision Banking giant has ‘no US tax cheats’

by Matt Allen, swisinfo.ch and agencies

Switzerland’s third largest banking group, Raiffeisen, has surprisingly announced it will declare all of its clients as tax compliant in the United States under the terms of a Swiss-US deal.
Other smaller banks have opted to declare presumed guilt despite some not knowing if they count tax cheats among their clients or not. The treaty signed by the two countries in August allows Swiss banks to avoid criminal prosecution by coming clean about their US involvement by . . .

Trash talking among friends on the golf course is common. In fact, there is sometimes more trash talking off the course, before and after a heated match among good... Read More

This is a multi part post on ValueWalk's interview with David Marcus, co-founder, CEO, and CIO of Evermore Global Advisors. In this part, Marcus discusses the lessons he learned... Read More

Value Stocks Lead The Way In The US And Abroad

“We think the market re-rating due to an improved macro environment has broadly finished. Stock selection will be back on the agenda for 2014 requiring selective Value exposure,” say... Read More

Asset managers embracing data and analytics tool kits are poised to outperform the competition in the emerging industry landscape. According to a global survey of over 400 asset managers and... Read More

A recent Deutsche Bank "House View" report makes the case that China's 2015 first half growth is likely to slip to 6.8% Read More

As Paul Singer's Elliott Management targets iHeartMedia, and the radio station owner fights back with a lawsuit. While it may not be a swashbuckling as commandeering an Argentine naval vessel... Read More

This article first appeared on our sister site, HiddenValueStocks.com Excerpt from the Stanphyl Capital letter to investors for the month of November 2018  discussing their long position in one micro-cap... Read More 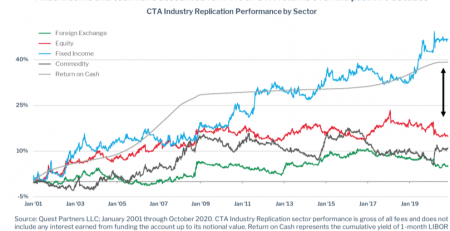 Data suggests quant hedge funds are having a lousy 2020, especially compared to traditional stock pickers. According to Bank of America, for the year to the end of September, the... Read More