Hedge funds delivered their fourth consecutive month of positive returns as global markets ended the year on a strong note of optimism. The Eurekahedge Hedge Fund Index was up 0.99 during the month. The MSCI World Index gained 1.67% in the month of December.

Global market digested the news of the much awaited QE tapering as the Fed reiterated its resolve to keep interest rates low in order to sustain a continued recovery in the US economy.

While North American and European markets edged upwards on the news, emerging market fears over capital outflows resurfaced with the MSCI Emerging Markets Index declining 0.93% during the month. Asian markets were mixed during the month as tightening liquidity in mainland China coupled with a decline in the country’s PMI gauge dampened investor sentiment.

All regional mandates ended the month in positive territory with Eastern Europe & Russia focused hedge fund managers delivering the strongest returns, up 2.50% – outperforming the MSCI Emerging Eastern Europe Index which declined 0.89% during the month. Japanese hedge fund managers delivered yet another month of strong performance with the Eurekahedge Japan Hedge Fund Index up 2.01% and 26.62% for the year as the Nikkei 225 Index climbed up 4.02%, helped by the 2.68% depreciation in the yen relative to the dollar.

The Eurekahedge Asia ex Japan Hedge Fund Index gained 13.47% for the year, outperforming the MSCI Asia ex Pacific Japan Index which grew 6.54% in 2013. Emerging markets and Latin America focused hedge fund managers were up 0.44% and 0.12% respectively during the month and have outperformed underlying markets amid a difficult trading environment in 2013 as investors shied away from emerging economies.

The Eurekahedge Distressed Debt Hedge Fund Index was up an impressive 16.76% in 2013. Relative value hedge fund managers rebounded from their November losses and were up 1.33% during the month, bringing their 2013 returns to 5.70%.

CTA/managed futures hedge funds delivered their third consecutive month of positive returns, gaining 1.04% although the strategy remains in negative territory for the year – down 0.35%. Hedge fund managers utilising systematic trading strategies were up 0.75% while those using discretionary strategies were up 0.90%.

Managers focused on commodities realised gains of 0.87% as the S&P Goldman Sachs Commodity Index climbed 1.93% during the month. Event driven and fixed income strategies gained 1.05% and 0.51% in December while managers utilising macro strategies were marginally positive with returns of 0.05%.

Eddie Lampert has a new post out on sears.com. Eddie asks Are the new ideas about how retail is changing really new? Check it out below Data about the 2013 holiday season... read more

Steve Mandel's hedge fund Lone Pine Capital is betting on internet-driven investments, oil and the growth of the emerging-market consumer as we head into 2016, according to the fund’s... read more

The difference between Goldman Sachs and JPMorgan can, from one perspective, be about subtlety. One bank is sophisticated at the art of quietly advocating to persuade government and the media.... read more 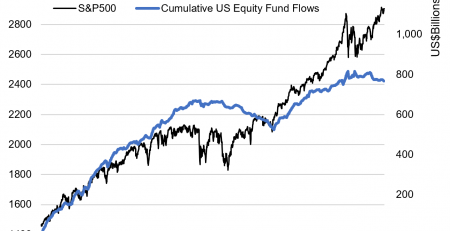 A curious divergence has opened up between the level of the S&P500 and the cumulative level of fund flows into US equity funds (mutual funds and ETFs). The last... read more 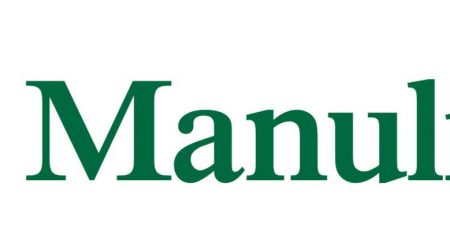 Following on from there deep value report on the Japanese and US equity markets (see: Deep Value Graham & Dodd Opportunities In Japan and Only Eight U.S. Companies Pass... read more