Four Global Contrarian Stocks Trading Below The Value Of Their Assets
GDF Suez SA (EPA:GSZ) is a European utility company. Based on 2012 figures, 37% of GDF's sales took place in France, 30% took place in the wider European Union and 11% took place in Belgium. Due to this heavy exposure to Europe, GDF has been sold off by investors and now looks to offer an attractive risk/reward ratio. Aside from its European operations, GDF Suez SA (EPA:GSZ) also operates within Asia (9% of revenue), North America (6% of revenue) and several other smaller markets.

It’s no secret that US equities have gotten ahead of earnings - even most bulls will concede that there is a good chance of a pullback before year’s end,... read more

American car companies sold more vehicles in 2015 than ever before, with sales boosted by low gas prices and a recovering economy — a remarkable turnaround from the recession... read more

On a day when the US unemployment numbers showed a noticeable number of people leaving the workforce amid a pale 138,000 jobs created – expectations were for 185,000 jobs... read more

This is part three of a three-part interview with John Khabbaz founderCOO of Phoenician Capital. The interview is part of ValueWalk’s Value Fund Interview Series. Throughout this series, we are publishing... read more

Key Questions For China Investors In 2015 [Part II] by Andy Rothman, Matthews Asia China is complicated and raises many questions for investors. On the one hand, China’s economy is... read more 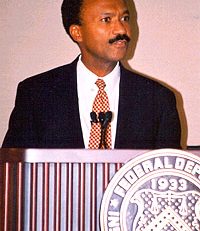 Hedge funds which have been cashing in on Fannie Mae's and Freddie Mac's preferred shares have been virtually chomping at the bit in anticipation of both GSEs exiting conservatorship.... read more

The US Commodity Futures Trading Commission (CFTC) has made another proposal regarding the speculative position limits on commodity derivatives which have energy firms on edge. The earlier proposal of... read more

Angel Merkel is quite possibly the most powerful person in the world right now. Her actions have the power solve Europe's greatest crisis, or send the continent into a deep recession. The European... read more