UPDATE: Sunday 1/26/14 7:52PM EST – Tilson’s short in IBM is especially interesting considering what he said about the company in late 2011. When Berkshire Hathaway bought shares of IBM, Tilson said the purchase by Buffett was shrewd, and stated that IBM “probably has the lowest level of technology risk you can think of in the tech sector in the sense that only eight percent of their net earning are from hardware.” Of course, those remarks were made over two years ago, a long time in the evolving tech space.

Below is Whitney Tilson in his own words.

2) An interesting excerpt from John Mauldin’s latest newsletter, with data that shows that the US stock market is the second-most expensive in the world, after Sri Lanka:

Not only does today’s CAPE of 25.4x suggest a seriously overvalued market, but the rapid multiple expansion of the last few years coupled with sluggish earnings growth suggests that this market is also seriously overbought, as I pointed out last week and as we are seeing play out this week. Today’s CAPE is just slightly less expensive than the 27x level seen at the October 2007 market peak and modestly below the level seen before the stock market crash in 1929. Although we are nowhere near the all-time “stupid” valuation peak of 43x in March 2000, a powerful narrative drove the markets to clearly unsustainable levels 15 years ago and a powerful narrative is driving markets today. Then it was the myth of dotcom and new tech, and now it is the tale of QE and the Fed.

Honestly, it doesn’t feel that way. While small cap stocks look stretched and there are pockets of complete insanity, the big-cap stocks that make up the bulk of the indices (and to a lesser extent, the economy) seem to be within the range of fair value – albeit at the high end. But this is only if – and this is a very big if – margins stay at the super-elevated levels. Doug Kass has made some good arguments that I’ve included in a past email about why they might mean-revert.

3) I think International Business Machines Corp. (NYSE:IBM) is a slowly declining business engaging in every trick in the book to mask this fact (which is why I’m short it). Jeff Matthews nails it in this blog post:

IBM, to IBMers, always stood for “I’ve Been Moved,” a reference to the way Big Blue moved employees around the country and around the globe to get experience as they worked their way up the ranks.

To Wall Street, however, IBM could stand for “I’ve Been Manipulated,” because no public company we can think of does a better job of schmoozing Wall Street’s Finest and convincing them that there’s a there there, when in fact the there is not quite as there as it might seem.

5) Good to see the increased scrutiny of Herbalife  Ltd. (NYSE:HLF) in both the US and China. This is playing out just the way  MBIA Inc. (NYSE:MBI)  did for Ackman: a long period of pain, in which prominent money managers took the other side and he was roundly mocked and dismissed – followed by TOTAL VINDICATION.

Herbalife, the nutritional supplements company that has long been in the cross hairs of a powerful hedge fund manager, is coming under increased scrutiny in Washington.

Senator Edward J. Markey, Democrat of Massachusetts, sent letters on Thursday to the Securities and Exchange Commission and the Federal Trade Commission urging those agencies to look into the business practices of Herbalife. The senator also wrote to Herbalife’s chief executive, seeking more information about the company.

Nu Skin Enterprises, Inc. (NYSE:NUS), the Utah-based purveyor of anti-aging skin-care products whose shares were crushed earlier this month after a news report in China said the government there was looking into whether it is violating anti-pyramid laws, isn’t the only US multi-level marketer that could feel the regulatory heat.

It turns out that Herbalife, which sells protein shakes and other nutritional supplements through a multi-level marketing model similar to Nu Skin’s, has also been targeted as a pyramid in the Chinese media, The Post has learned.

An investigative report in First Financial Daily, also known as China’s Business News, said “suspicion has been brought up” that Herbalife is not operating in accordance with China’s laws prohibiting multi-level marketing and therefore may be a pyramid scheme.

6) Speaking of regulatory scrutiny, this ruling is a VERY big deal:

The Chinese units of the Big Four accounting firms should be suspended from auditing U.S.-traded companies for six months, a judge ruled, a move that could complicate the audits of dozens of Chinese companies and some U.S.-based multinationals.

Believe it or not, China frauds like NQ and promotions like Vipshop Holdings Ltd – ADR (NYSE:VIPS)  (I’m short both) are back in a big way – and it wouldn’t be possible with the Chinese affiliates of the big-four accounting firms blessing the cooked books. Read the judge’s ruling at: www.sec.gov/alj/aljdec/2014/id553ce.pdf. It’s jaw-dropping what these accounting firms are doing – they’re utterly complicit in the fraud. It is an absolute disgrace that the big-four firms are willing to so completely sell out by allowing their affiliates to continue using their good names in the face of overwhelming evidence of being complicit in such widespread fraud.

7) Gee, what a shocker that Nokia Corporation (ADR) (NYSE:NOK) (BIT:NOK1V)’s handset business is in freefall (sales down 29% YOY). That’s why I was short it!

In the fourth quarter Nokia’s devices business, which is now reported as discontinued operations, reported sales declining to €2.63 billion ($3.56 billion), a 29% drop over the year and 4.5% lower than the previous quarter.

But it’s thin gruel to see this, given the pain I took on this short (the only thing I got right was immediately covering, saving myself from a further 50% runup since then).

It’s a good reminder that one must evaluate the risk in every short position that a big, dumb, cash-rich behemoth can come along and buy the company you’re shorting…

I wonder if the folks at Microsoft Corporation (NASDAQ:MSFT) have realized yet that they bought a pig in a poke – a deal that I think will eventually be seen as comparable to HP’s disastrous acquisition of Palm (but 7x larger). How appropriate for Steve Ballmer to leave MSFT shareholders with one last turd in the punchbowl. 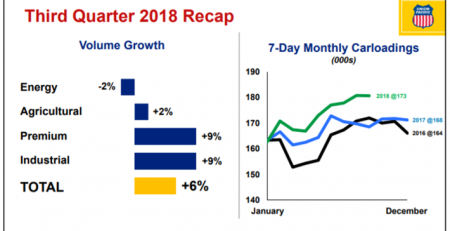 We are more than a decade into the bull market. Unemployment continues to remain low and wages are inching higher. These factors benefit railroads, because as more people are... read more

The objective function matters, and there are no perfect objectives. That is the message of the last two classes. Once you have absorbed that, I am willing to accept... read more

SCW Capital Management Q3 letter The hedge fund universe is a large place. A significant percentage of the assets managed by the industry are being looked after by just a... read more

Best paying MBAs and the ones to pick if you are looking to work in Technology, Finance or Professional Services The considerable cost of MBAs has prospective students wondering how much... read more 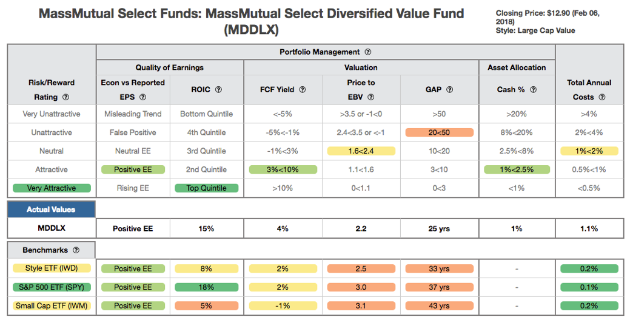 Investor and Forbes contributor John S. Tobey has a rather fatalistic view of artificial intelligence-based investing and trading regimes. In a recent article, the former professional investment manager who formerly... read more