Published on Feb 16, 2014 Businessman Bill Browder says his life has been threatened as a result of his claims of corruption in the Russian government. Scott Pelley reports on 60 Minutes.

There is a darker side to the bright, white images of Russia that millions of Americans see coming from the Winter Olympics in Sochi. Bill Browder says he lived it and then had his life threatened as the victim of outrageous corruption perpetrated by the Russian government. Browder tells Scott Pelley this story of theft, vengeance and death for a 60 Minutes

Browder wants the world to know that “the Russian regime is a criminal regime” because of the nightmare he says it put him and his lawyer through. He was deported suddenly after several years of running one of the largest foreign investment firms in Russia. Browder and his fund, Hermitage Capital, made a fortune investing in Russian companies formerly run by the government.  Nineteen months after he was barred from the country, he says the enforcement arm of Russia’s Tax Service raided his and his lawyer’s offices in Moscow and stole the ownership documents to the companies.  They were reincorporated under other owners and applications were filed for $230million in tax refunds — a colossal scam that only government officials could pull off, says Browder. “This certainly must be a rogue operation with high-level people involved because to get a tax refund of $230 million…involves a minister-level person to approve it,” says Browder.

His attempt to fight back, he says, resulted in the death of Sergei Magnitsky, his tax attorney and friend. Magnitsky identified members of the Tax Service and police, including a colonel, and tried to have them prosecuted.  Instead, he himself was arrested and held without trial under harsh conditions that Browder says amounted to torture. 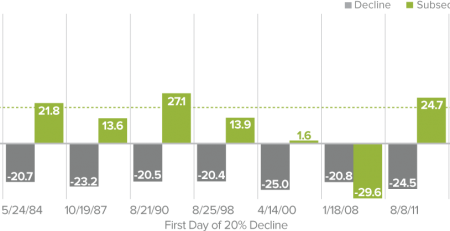 Mining has had a rough 2015 between bankruptcies, new regulations and now many big banks cutting off financing to coal miners, but the worst could be yet to come. 2016... read more

This is the second part of a multi-part series on Warren Buffett’s early years. Before he acquired Berkshire Hathaway, Warren Buffett managed a number of partnership for select investors, family... read more

UBS Hedge Fund Monthly Update noted a 2.8% rise in its hedged equity index, now up 11.2% YTD. Most strategies had a good month, except for CTA/quants and Global Macro,... read more

Tim Garry considered the number two man at John Burbank's Passport Capital will be leaving the firm, according to a letter to investors obtained by ValueWalk. Garry is described... read more

Total hedge funds assets were virtually unchanged in October, decreasing 0.0002%, to $3.020 trillion, according to new data from eVestment . Performance gains among many large funds accounted for... read more

How to Learn Accounting with Joel Greenblatt, Other Greats