Buffett – FORTUNE — “Investment is most intelligent when it is most businesslike.” –Benjamin Graham, The Intelligent Investor

In 1986, I purchased a 400-acre farm, located 50 miles north of Omaha, from the FDIC. It cost me $280,000, considerably less than what a failed bank had lent against the farm a few years earlier. I knew nothing about operating a farm. But I have a son who loves farming, and I learned from him both how many bushels of corn and soybeans the farm would produce and what the operating expenses would be. From these estimates, I calculated the normalized return from the farm to then be about 10%. I also thought it was likely that productivity would improve over time and that crop prices would move higher as well. Both expectations proved out.

I needed no unusual knowledge or intelligence to conclude that the investment had no downside and potentially had substantial upside. There would, of course, be the occasional bad crop, and prices would sometimes disappoint. But so what? There would be some unusually good years as well, and I would never be under any pressure to sell the property. Now, 28 years later, the farm has tripled its earnings and is worth five times or more what I paid. I still know nothing about farming and recently made just my second visit to the farm.

Via: aswathdamodaran.blogspot.com Note that the countries with the lowest PE ratios (in yellow and orange) are also among the world's riskiest (a large swath of Africa, Venezuela (Latin America) and Eastern... Read More 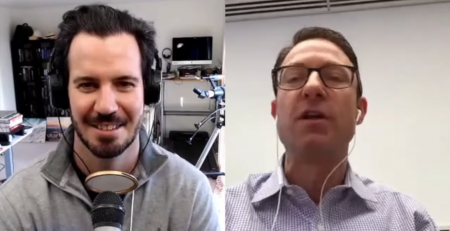 During his recent interview with Tobias, Gregory Zuckerman, author of The Man Who Solved the Market, discussed his key takeaways from the book. Here’s an excerpt from the interview: Q4... Read More

While speaking at last week's Delivering Alpha conference, Jim Chanos presented his new short target, Caterpillar Inc. (NYSE:CAT). At the same conference he also hinted that he was shorting a... Read More

President Obama Leaning Towards Jack Lew as Next Treasury Secretary

President Barack Obama “has all but ruled out appointing” Erskine Bowles to replace Timothy Geithner as Treasury Secretary and is “leaning toward naming his chief of staff Jack Lew... Read More