Did A Cat Fight Precede El-Erian’s Departure From PIMCO?

When Mohamed El-Erian left Pacific Investment Management Company in January, it was amidst what appeared to be a cat fight among two of the world’s most respected investment professionals.

Simmering dispute comes to head
A simmering dispute came to a head when El-Erian was confronted by Bill Gross, Pimco’s founder, in front of more than a dozen employees.  El-Erian had been pushing Gross to tone down his behavior with employees at the firm when Gross apparently put on display the . . . 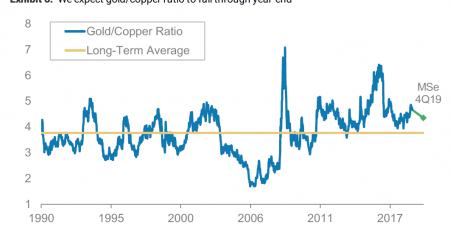 Gold Shunned For Technicals In Favor Of Copper

Gold prices continue to hover between $1,300 and $1,330 an ounce, and while some analysts are calling for further upside for the yellow metal, one firm thinks the long... Read More

Despite Bumper M&A Dealmaking, Global Trends Are Down In 2013

GoPro founder and Chief Executive Officer Nick Woodman says it’s important for a start-up to never lose its start-up mentality and recognizes the stock price will go up and... Read More

One of the mysteries surrounding Bitcoin’s creation may have finally been solved. Newsweek reporter Leah McGrath Goodman thinks she has found the man known only as Satoshi Nakamoto, and... Read More

Standard & Poors (S&P), a company deeply involved in rating mortgage derivatives at the center of the 2008 credit crisis, might be no longer rating mortgage bonds if the... Read More

Coming on the backs of three influential middle eastern nations recalling their ambassadors from Qatar in March, the gulf state now stands accused of aiding the creation of a... Read More