Momentarily you will hear from Steven Romick, Brian Selmo, and Mark Landecker, the Portfolio Managers of our Contrarian Value Strategy, which includes the FPA Crescent Fund. Steven has managed the Fund since its inception in 1993, with Brian and Mark joining Steven as Portfolio Managers in June of last year.

Following some recent news, on behalf of all of us here at FPA, I would like to take this chance to congratulate Steve, Mark, and Brian and the team on receiving Morningstar’s Allocation Manager of the Year award for 2013. Well done, guys.

It is now my pleasure to hand it over to Steven Romick.

We show this slide about our philosophy each call, and what we really want to highlight is that we are value investors who consider return in the context of risk. And in trying to generate equity rates of return, we have a lot of tools in our tool chest, so we can invest across the capital structure.

And so we’re investing in stocks and bonds, and we invest in the U.S. and overseas in different industries and in different market caps.

We’ve executed reasonably well with respect to this philosophy over the last two decades and have been able to achieve our goals while running with about a quarter of the portfolio in cash.

In 2013 we returned 22% for the year. And as been our case in our history, our conservative nature generally causes us to not fully participate in big bull markets, particularly that are due more to expanding multiples than earnings growth.

Now it’s not clear that really much can be gained from this table.

Microsoft Corporation (NASDAQ:MSFT) is a case a point. It was a top five winner in Q2 and a top five

loser in Q3 and then a winner a gain in Q4. And we are confident that the value of Microsoft as a business did not move as much as a $100-billion stock swing in stocks valuation in 2013.

In looking at the characteristics at the end of year, you’ll note that our market capitalization continues to be on the larger side. We have continued greater exposure to bigger, higher quality multinational businesses. P/E and price of books are slightly above our average but still less than the market, and our debt-to-capital is… we have a generally more conservative manifesting itself in our debt-to-capital. Our balance sheets are the best balance sheets in our history in our portfolio. This debt-to-capital, the fact that it’s negative on this slide here that you see— of 32%—reflects that there’s more cash than debt on the books of our portfolio companies.

The next series of slides don’t provide much in the way of conclusion, but they do serve to show, in additional to valuation, why we maintain our relatively cautious stance. That said, if prices break enough, you’ll find us investing despite this backdrop that I’m going to speak to.

If you look at the Federal Reserve balance sheet, you can see that the balance sheet’s increased now more than $3 trillion since 2008. And that succeeded in helping the market achieve new highs. Now this  expansion of the Fed’s balance sheet had less of an impact on GDP than it did on the market. And you can see here that the market really is not gone up anywhere near the amount of GDP… I’m sorry. The debt has gone up a lot more than GDP.

Now the total U.S. debt has increased more than $7 trillion since 2008. That’s a pretty big commitment for just a $2-trillion increase in GDP from the 2008/9 lows. Now this trend in increasing U.S. debt and diminishing productivity has endured for decades. Debt increases with an increasingly steeper slope. And the incremental GDP gain offers a lower and lower return.

Now one thing we’re confident about with debt continuing to rise, ongoing deficits, not seeing a clear path to what has become our addiction to quantitative easing and what has become the new high in corporate operating margins, the one call we’re willing to make is there will be more volatility, which is still below its historic average.

Maybe some of the volatility will show up in some of these more speculative stocks. The Russell 3000 ended last year up more than 33%. But interestingly at the beginning of the year the most heavily shorted equities, if you look at that list, they increased 70%—more than two times the index during the year.

And I’m going to turn it over to Brian to address allocations and a general portfolio overview.

Brian: Thanks, Steve. On the slide in front of you, you see the exposures in the portfolio from a year ago—the end of 2012 to end of 2013, this year. So a couple of takeaways for everyone would be (1) you can see that the equity, and importantly the net equity—the common stocks less the shorts—exposure has come down about 10 points over the course of the year. In addition, you can see that corporate listed debt has come down a bit, and we’ve stayed relative static in the combination of mortgage and other category, which tend to be our illiquids.

You’ll also note on this page that the number of equities has come down by seven. Now that was accomplished by selling 16 positions, buying eight new positions. And for those of you adept of math, you might wonder how we only came down seven. One of our high yield issues went through a bankruptcy process, converted, and became common stock.

So this is a background. I’d like to take you through a couple of slides that hopefully depict what’s going on in the market. So the next slide shows you that the vast majority of the return from the S&P and other indexes over the course of 2013 was driven by multiple expansion. The slide following that, 14, shows you that the general level of P/Es in

the market is fairly expanded when looked at over a long-term period of earnings. This is a Shiller P/E ratio. The next slide shows you that markets in the U.S., specifically relative to GDP, are at a very high level relative to historical peaks and averages. And the next slide shows you that the absolute level of yields on a high-yield bond is trending right around as low as has ever been recorded, or at least has been recorded in the last 25 or so years.

And so with that as a backdrop, it should be no surprise that we’ve had a more difficult time finding absolute value opportunities on the equity or the debt side. And with our flexible mandate and our absolute standards, you can see that that’s been reflected in less allocation or less exposure to equities and debt. Also to keep in mind the number of positions in the portfolio has come down over the course of the year. We would expect that to continue going forward. We think long term our top ten positions will be larger in terms of percentage of the total portfolio than they have been over time.

relatively stretched; absolute yields are relatively slow… or I’m sorry, relatively low, which means this is not a target-rich environment for our strategy.

But what’s important to keep in mind is that we do stay busy in two primary activities of research. So when you think about what we’re doing, there are two things in the research team that we’re doing constantly. The first—and this is really something that Mark and I spearhead—is that we have built and maintained a universe of good and great businesses that we’re waiting to buy, if only at the right price. And so this is a universe of 500–800 companies where we have some level of understanding of them. We like to think of ourselves as maybe a week out, meaning a week from being ready to buy them. We monitor them regularly, whether that’s reading conference calls, initiations, visiting with management teams when they come through Los Angeles. And we’re biding our time in the hopes that we can buy these long-term compounders. Mark will talk about one in a moment.

The other activity that’s going on in the research side is what we call live commercial opportunities. And so this is just classic value investments where something deeply out of favor—whether that’s at a low

P/E, a low price-to-book, and industry that’s undergoing a restructuring, or

it could be a company with some specific self-help. These tend to be more trade-oriented investments for us, and that means we probably have a three-year outlook on them, and we think about them from a risk/reward perspective. So in terms of things that we’ve been spending time on in the, call it, value for value sake category, is some commodity asset producers, specifically raw materials; some manufacturers that serve the coal industry. And then more generally would be emerging markets, and there we’re looking at all different companies that are trading in the emerging markets. Specifically, Mark and I spent time at a Brazil conference last year, and we’ve recently begun buying an Asian emerging markets company.

With that, I’ll turn it over to Mark, who will take you through an example of an investment in the portfolio.

Mark L: Thanks, Brian. So before we go into the discussion, we’d just like to say we truly feel privileged you’ve chosen us to act as stewards of your capital. Now unfortunately we don’t get a chance to interact directly with most of you. So we’re dependent on the feedback you provide to your

Client Service Group, that being Mark Hancock’s team, with respect to what you do and don’t want to hear on these calls.

Full transcript and slides below

Via Crescat Capital's latest email to investors Crescat tweeted a macro model on January 24 that showed the US stock market was extremely overvalued and late cycle across 15 indicators.... Read More 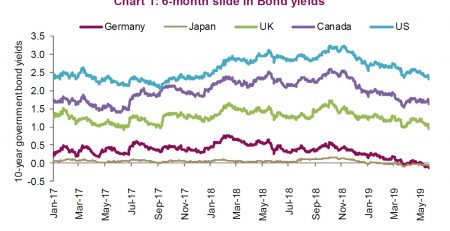 I have written about Atlantic Power Corp (NYSE:AT) (TSE:ATP) before, warning that the company could be a value trap, as despite its discount to book and turnaround plan, the company... Read More

Hedge fund managers view investor demands over fees as a key driver of change in 2017; three-quarters report to Preqin they are prepared to lower their rates 2016 Hedge Fund... Read More