Evaluating the Chenavari Toro Capital 1 fund based on nothing but analysis of their returns, as is often done in algorithmic trading, a returns correlation can be drawn with... Read More

As sovereign debt discussions take place in Greece, where negotiators are unable to obtain any principle reductions in debt, Grenada shines as a potential example of an orderly default... Read More 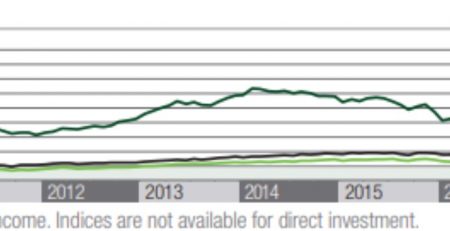 Gator Financial Partners, the financial focused hedge fund managed by Derek Pilecki is currently on track to do something that has only ever happened three times so far in... Read More

As the price of oil comes under pressure, leaving traders wondering if anticipated supply from US oil fracking might push the price of crude below $80 per barrel, comes... Read More

That Time Kovner And Thorp Had Their Ship Bombed By Iran

Bruce Kovner is somewhat of a legend in the hedge fund world. Worth an estimated $5.3 billion according to Forbes, Kovner built his wealth managing money for clients at... Read More

The new bond king, Jeff Gundlach, has outperformed his well-known peers by finding value in strong debt offerings.  But as he considers purchasing the Buffalo Bills football team will... Read More