George Soros is a billionaire who primarily invests according to macro events or his view of the markets. He believes that investors’ biases highly influence the direction of stocks and markets. Last year, for instance, he made a substantial sum betting against fellow investor Bill Ackman’s public short of Herbalife Ltd. (NYSE:HLF). Though Soros has closed his $29 billion Soros Fund Management to outside investors, he still participates in the management of family funds.

Netflix has a 10-year EBITDA growth rate of 44.70% annually. In its fiscal first quarter 2014, Netflix recorded $685 million in EBITDA, after four consecutive quarters of growth. Its U.S. streaming service grew by 2.25 million net members to 35.7 million, while international membership grew by 1.75 million, up to 12.7 million.

George Soros holds 377,415 shares of Monster Beverage Corp., purchased in fourth quarter 2013 at an average share price of $59. The holding accounts for 0.22% of his portfolio.

George Soros owns 155,130 shares of Google, after selling 9,370 shares of the holding in the fourth quarter.

Maglan Capital Concerned About August But Up 11% YTD

With Maglan Capital's event-driven hedge fund up just over 11 percent on the year, the firm’s leadership is positive on the markets going forward. Maglan Capital: Economic fundamentals are "not... read more

Matt Hall, author of the new memoir-manifesto, Odds On: The Making of an Evidence-Based Investor and President and Co-Founder of Hill Investment Group notes there is not a single brain on earth that... read more

Randall Abramson, CFA, is CEO and Portfolio Manager of Trapeze Asset Management Inc., a firm he co-founded in 1999 shortly after founding its affiliate broker/dealer, Trapeze Capital Corp. He... read more

At the Strategic Investment Conference 2018, Dr. Lacy Hunt, economist and EVP of Hoisington Investment Management, claimed that “economics is a science” and today it’s more important than ever. Check... read more 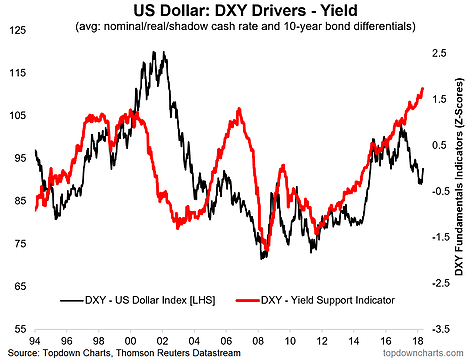