For a manager, one of the big appeals of running a hedge fund is that clients can’t move money in and out as easily as with a mutual fund, so you only have to worry about how outflows will affect your strategy during certain windows. But with hedge funds and activist investing both on the upswing,

You Can’t Have Creation Without the Destruction

"Capitalism, then, is by nature a form or method of economic change and not only never is but never can be stationary...The fundamental impulse that sets and keeps the... read more

As central bank experimental economics steal growth from the future and violates supply and demand laws, the debt super cycle is coming to an end and Hedge fund managers around the... read more

This Value Hedge Fund Was Up 107%: We Sat Down With The CEO/CIO To Discuss How He Did It [In-Depth] 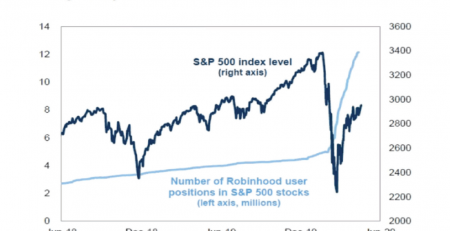 The “Young Turk,” as Forbes magazine once anointed him, is at it again, buying a stake in one of the storied names in private equity. Okumus Fund Management, founded by... read more

The Basel Committee on Banking Supervision (BCBS) published its second consultative document on “Revisions to the Standardised Approach to Credit Risk” on Thursday. These new standards would primarily apply... read more

Buybacks Part 3: Washington's Warning by 720 Global Get The Full Series in PDF Get the entire 10-part series on Charlie Munger in PDF. Save it to your desktop, read it... read more

Against a backdrop of rising demand for renewable energy technologies, economic growth and expanding populations, analysts at Goldman Sachs believe copper price is low and is among one one... read more