Alibaba Picks Up Stake In Singapore Post For $249 Million

Internet giant Alibaba Group announced Wednesday that it will acquire a 10.35% stake in SingPost for $249 million, enhancing the Chinese company’s push into the logistics business and new overseas markets.

The deal would make Alibaba the second largest shareholder in publicly-traded Singapore Post, known as SingPost. Singapore state investment firm Temasek Holdings Pte Ltd is SingPost’s largest shareholder with a 25% stake.
Alibaba deal to boost global presence
The deal with SingPost would boost Alibaba's exclusively for paying members. Access all of our content on including years of timeless investment news and in depth analysis for only a few dollars a month by signing up here while also supporting quality content and journalism, or learn more about our premium content here

With his administration less than seven months old, a hot political conversation centers on US President Donald Trump potentially facing a primary challenge from an establishment Republican in 2020.... read more 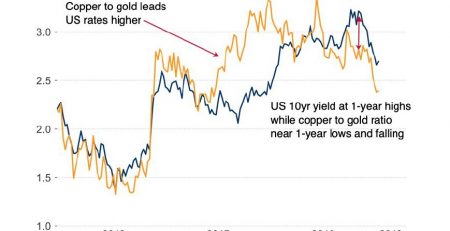 One of the coolest things to watch in nature is a Starling murmuration. Q3 hedge fund letters, conference, scoops etc If you’ve never seen one before then give this video a... read more

High Performing Boards – The Trick? They Put In The Time

A recent survey on corporate governance from McKinsey & Co found that there’s no magic formula for having an effective board of directors. Those with the highest impact or... read more

After a rough couple of months, momentum stocks like Facebook Inc (NASDAQ:FB) and Tesla Motors Inc (NASDAQ:TSLA) have stabilized, but many argue that tech stocks are still overvalued despite... read more

This is the first part of a new, exclusive, ValueWalk interview series. Throughout this series, we will be publishing weekly interviews with up-and-coming value-oriented hedge fund managers. This week’s... read more

Morgan Stanley, BofA Vow To Cut Back On Recruitment Bonuses

Morgan Stanley (NYSE:MS) and Bank of American Corp (NYSE:BAC) are looking to boost their margins by reducing recruitment and retention bonuses that became commonplace in the aftermath of the... read more

When it was founded, Citigroup was a key player in US economic growth. Lately, however, the firm’s growth strategy appears askew, as a recent ruling in US District Court... read more

Allergan's stock nosedived on Monday, falling more than 20% as soon as the U.S Treasury announced its decision to pursue stricter rules to curb tax inversion mergers and buyouts. The... read more